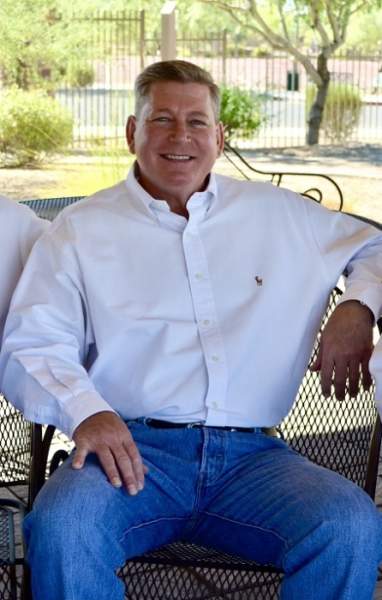 Alan D. Ammentorp, 61, of Kerrville, TX passed into the beloved arms of our Lord on November 9, 2020 in Kerrville.

Alan earned Bachelor and Master’s Degrees in Geology at Oklahoma State University where he was a member of Delta Tau Delta Fraternity. He was initially employed in oil and gas exploration and then for a long career consulting in petroleum industry insurance, including six years in Singapore. His last eight years were spent assisting patients at La Hacienda in Hunt, Texas.

Alan touched many lives throughout his lifetime for his friendliness and caring for others. He will be sincerely missed by many.

His survivors cannot adequately express their gratitude to the fine doctors, nurses and countless staff members for their loving care at Sid Peterson Hospital in Kerrville.

A memorial service will be conducted at a later date.

Donations in Alan's memory may be made to the Clay Street Church of Christ, 836 Clay, Kerrville, Texas 78028 or the charity of your choice.

To order memorial trees or send flowers to the family in memory of Alan Ammentorp, please visit our flower store.