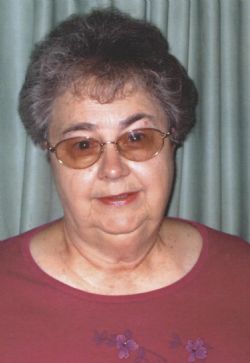 
Arlene Louise Leonhardt, 83, of Kerrville, Texas passed away Thursday, July 20, 2017, at her home in Kerrville. Arlene was born in Chicago, Illinois on June 04, 1934, to Miles and Carol Cortez.
Arlene was raised in both San Antonio and Laredo, Texas. She was a graduate of Laredo High School and later received her degree from Trinity University. In October of 1956, she married the love of her life Adolf (Len) Leonhardt. Arlene began her career in teaching at Robert E. Lee High School in San Antonio and continued teaching at many schools including Wayland High School in Massachusetts, Irving High School in Irving, Texas before finally retiring from Ingram High School in Ingram, Texas. Throughout the years she received many awards for her contributions in High School Theater, Speech and English. Over the years, Arlene started two businesses, a flower shop in in San Antonio and a fabric shop in Woodland Park, Colorado. She served her local communities in many ways which included, being a mentor at Ingram Elementary, church board member and Sunday school teacher at the Christian Science Church of Kerrville, volunteer for Art 2 Heart in Kerrville, assisting in serval other organizations in youth theater programs, serving on the board of Wood Trails Homeowners Association, volunteer at CAM, while also sewing pillows for children at local shelters where she helped make over a thousand pillows over the last 10 years.

She is preceded in death by her parents, Miles and Carol Cortez and husband, Adolph (Len) Leonhardt.

Those left to honor and cherish her memory include daughter, Kathy Rice; son, Keith and wife Dee Leonhardt; brothers, Miles and Roger Cortez, along with three grandchildren, Patrick and wife Katy Rice; Dustin and wife Melissa Leonhardt and Adam Leonhardt as we as four great-grandchildren.

In lieu of flowers, memorial may be made to the charity of one's choice.

To order memorial trees or send flowers to the family in memory of Arlene Leonhardt, please visit our flower store.
Send a Sympathy Card