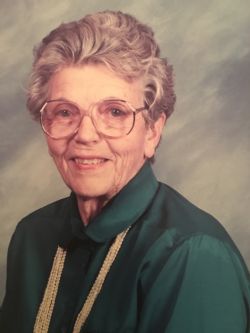 Her early life was spent on the family ranch in Hye, Texas. She married Thomas Watson Burrier on November 10, 1937 in Johnson City, Texas and they spent the next 13 years working on various ranches in the Hill Country settling in Real County in 1950. In 1953, she began to work in the food service at the Prade Guest Ranch for 17 years and then in the food service at Mo Ranch in Hunt, Texas. She loved to garden, play cards and dominoes, crochet and traveling. She visited all but five of the fifty states. On December 18, 2002 she married Eugene Judd in Leakey, Texas.

Funeral Services will take place at 1 PM on Thursday March 21, 2019 in the Main Chapel of Kerrville Funeral Home. Interment will be held at Eckert Cemetery at 3:30 PM following the funeral service.