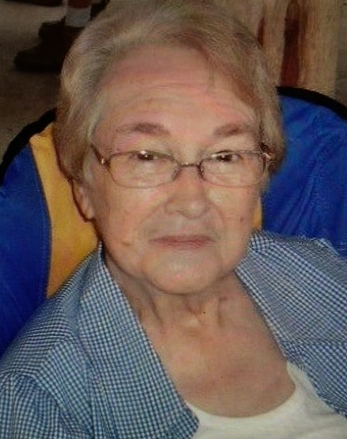 Betty Ann Stephens, 79, of Kerrville, TX passed peacefully from this life into her heavenly home on Wednesday, February 23, 2022.

She was born on August 18, 1942 in Peeltown, TX to parents Robert Lee Brewer and Jo Alice Cain.

Betty grew up in Peeltown, TX located in Kaufman County, she moved to Arlington, TX with her family in 1956 where she attended Arlington High School graduating in 1961.  She met the love of her life in 1958 in Kerrville while visiting her uncle who was a patient at the Legion Hospital.  Louis Charles Stephens proposed via written mailed letter while in the Army stationed in Metz, France.  The two were married December 15, 1962 in Arlington, TX.

When Louis got out of the service in 1964, he moved the family to Arlington, TX were Betty and Louis raised their family, together they had two children, Charles and Lea Ann.  In 1973 they moved to Kerrville where Louis opened Stephens Garage while Betty worked at several restaurants.  The family moved back to Arlington in 1980, where Betty went to work for the Arlington School District as a custodian.  She retired in 2002, and in 2010 returned back to the beautiful Hill Country of Kerrville once again.

Betty was a demised member of The Order of the Eastern Star.  She enjoyed deer hunting, crocheting and word search books.

She is preceded in death by her parents, Robert Lee Brewer and Jo Alice (Cain) Brewer; sister in law Mildred Stone and brother in law Paul Stone.

Those left to cherish her memory include her loving husband of 59 years Louis Stephens of Kerrville, TX; children Lea Ann Stephens of Sebring, FL and Charles Stephens of Dallas, TX; brother Steve and wife Pam Brewer of North Richland Hills, TX and  sister, Susan and husband John Carroll of Sebring, FL as well as numerous cousins, nieces and nephews.

In lieu of flowers contributions may be made to Western Hills Baptist Church or a charity of one’s choice.

A memorial service will be held at 10AM on Tuesday, March 8, 2022 at Western Hills Baptist Church in Kerrville,TX.

To order memorial trees or send flowers to the family in memory of Betty Ann Stephens, please visit our flower store.