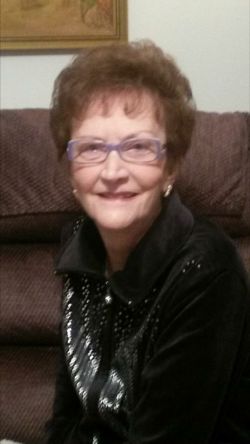 
Billie Phillips Sawyers passed into the loving arms of Jesus Sunday, September 4, 2016 in Lubbock, Texas. A celebration of her life will be at 2 o'clock Thursday, September 8 at the Kerrville Funeral Home, Kerrville, Texas.
She was born a twin April 25, 1929 in Dallas to devout Baptist parents, the Palmer Cowards, from whom her Christian foundation began. For many years, Billie shared her musical gifts directing church and school choirs and singing solos for special occasions. Her Christian life was inspirational.
After marrying Norman Phillips, an electronics engineer, they lived in several states, eventually settling in San Saba to own a television translator-cable company. Two precious daughters, Paula Sue and Anna Marie, were welcomed into their lives during this time. While living there, Billie completed her bachelor and masters degrees in education and taught school. Years later, they moved to Mason, became partners in the Mason Translator and Cable Company, and Billie taught in the junior high school.
Following Norman's death, she was introduced to and later married Carl Sawyers. They moved to Lubbock where Billie continued to teach until retirement. During those years, they enjoyed their beautiful ranch in New Mexico and delighted in sharing it with family and friends.
She was preceded in death by Norman, Carl, her parents and granddaughter, Courtney Polaski.
Surviving are daughters Paula Minor and spouse Kevin Johnson, Anna Baca and spouse Mark Baca, and grandchildren Landry and Jay Polaski, Emily Fowler and Eileen Baca.
A host of friends remember Billie's faith, dignity, grace and loyalty.
Pallbearers include Mark Baca, Jerry Bearden, Jonathan Hoffman, Jay Polaski, Landry Polaski, David Young and special friends Bill Brollier and George Brannies.