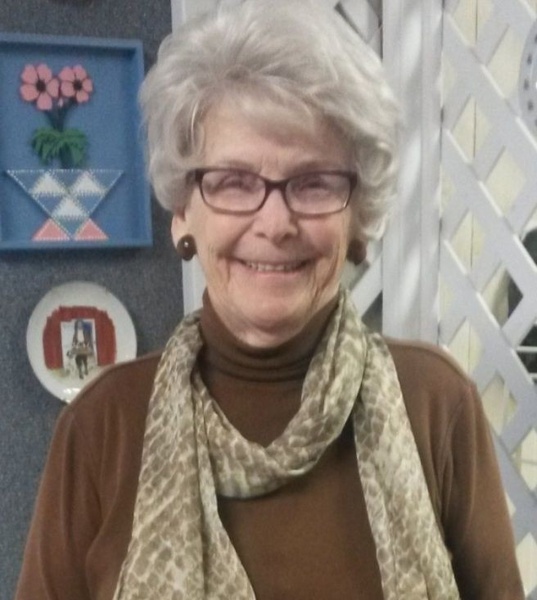 Billie was born in Elwood, Texas, August 7, 1926, to Roy and Lessie Burch Harbison, and was the third of six children. She attended a 3-room country school until the 7th grade when her family moved to Edcouch, Texas, in the Rio Grande Valley. She graduated from Edcouch-Elsa High School in 1943 and attended Durham Business College in Harlingen, Texas.
On June 25, 1946, she married Glen Joel Willis, with whom she corresponded while he was stationed in the Navy overseas. They were married 54 years and had two children, Glenda LuJean Willis Davis and Kevin Joel Willis.
In 1957, the family moved from Weslaco to McAllen, and in 1977, Billie and Glen moved to Kerrville, Texas. Billie was Bookkeeper and Office Manager for Commercial Office Supply in Kerrville until 1991. She and Glen also founded and hosted the Valley Friends Breakfast Club and published the Hilco-Valley News.
Billie was a long time member of Kerrville’s First Baptist Church. She was a joy to be around and had numerous friends and family who loved her. She always remembered the birthdays of nearly everyone she ever knew, usually had a joke or humorous story to tell, her smile was contagious, and she had a way of making friends wherever she went; she never met a stranger.
Billie was preceded in death by her parents; her husband, Glen J. Willis and his parents; three brothers, Carl, Lee Roy, and Glenn Harbison; her sister, Betty Youngblood Pate; and several other immediate family members.
She is survived by her daughter, Glenda (Neil) Davis, and her son, Kevin Willis; five granddaughters, along with six great grandchildren; her brother, Don (Jo Ellen) Harbison; two sisters-in-law, and many precious nieces and nephews. Also, three step-grandchildren and their families.
A family visitation will be held at Kerrville Funeral Home on Thursday, January 27, 2022, from 6:00 to 8:00 pm.
Services will be held at First Baptist Church of Kerrville, Texas, Friday, January 28, 2022, at 2:00 pm, with Rev. Mickey Ewing officiating. The graveside service will follow at the Garden of Memories, Kerrville, Texas. A reception will be held at First Baptist Church following the graveside service.
In lieu of flowers, please donate to the First Baptist Church (Building Fund), 625 Washington Street, Kerrville, Texas 78028, or Meals on Wheels, 451 Guadalupe Street, Kerrville Texas 78028.

To order memorial trees or send flowers to the family in memory of Billie Louise Willis, please visit our flower store.
Send a Sympathy Card