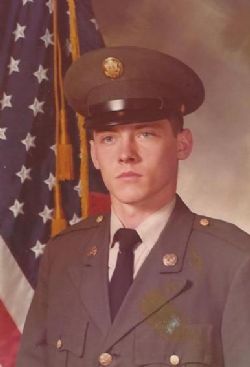 
KERRVILLE - Billy Wayne McDanial, 59, of Bandera, Texas and formerly of Houston, Texas passed from this life peacefully surrounded by his family on Monday, February 1, 2016 at the Kerrville VA Hospital. Billy Wayne was born on October 12, 1956 in Houston, Texas to William Hugh White and Sandra Merle Torres.

Growing up in Houston, Billy helped raise his siblings and cousins. He went on to play basketball throughout school. Billy served his country honorably in the United States Army from 1975 - 1987, as a Hawk Missile Crew member. After his service in the Army, he made a career for himself in the auto parts sales profession. He loved saltwater fishing and was an avid gun enthusiast.

He was a loving father to son, Jeremy McDanial and daughter, Jennifer McDanial Davis; Billy was a beloved grandfather to Jolie and Jacie Davis; his sisters, Sandra Rogers and Kelly Martinez; many nieces, nephews, and cousins, along with a host of friends and neighbors who will miss him.

A Memorial Fellowship will be held at the North Harris County Baptist Temple, 16622 Lee Road, Humble, Texas on Monday, February 8, 2016 at 12:30 PM followed by a Graveside Service at the Houston National Cemetery, 10410 Veterans Memorial Drive, Houston, Texas beginning at 2:30 PM.