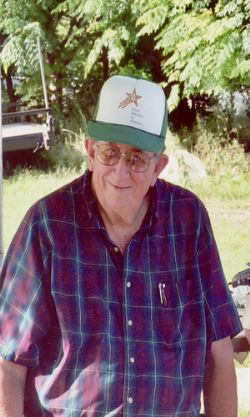 He could be found outside or working in the auto shop with his father. He was active in football, basketball, track and volleyball until he graduated from Banndera High School in 1956.

After high school he joined the United States Air Force and spent 23 years as an aircraft mechanic and crew chief. During this time, he received many awards and honors, he served his country in the Vietnam War. He retired from the Air Force as a Master Sergeant in 1977. He went on to drive interstate trucks and then retired after 17 years of driving a school bus with West Valley School District in Spokane, Washington.

Bob loved to travel and drove his RV to and from Texas to spend time with his family. His generosity and assortment of skills made him the first person to call to fix your car, repair your home or lend a word of advice. He had a soft spot for animals and spent his later years spoiling the many dogs in his life. Bob loved to play the lottery, but his biggest jackpot was his family. He loved his family about all else and did everything he could to make sure everyone was taken care of. Bob's legacy includes children, Vicki Storms; Ron Storms; Carrie Storms and and James Storms; 9 grandchildren, 20 great grandchildren, 1 great great grandchild, numerous nieces, nephews and cousins and has survived by his wife, Ardis Storms.