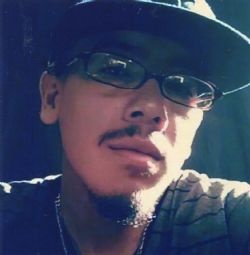 Carlos graduated from Ed Brune Charter School in May of 2011. He started dating Amanda Pina in 2008 and they later married on October 18, 2014. Carlos was raised by multiple family members. He lived with Mary and Javier Herrera and considered them his parents and their children his siblings. He was very proud to call them his family. His family was very united in his upbringing. Rogelio Herrera, Yessina Pina, Arnulfo and Monica Valenzuela also played an important role in his life. He was a free spirit and godly man who attended Impact Church in Kerrville. Carlos was honest, loyal, hardworking, respectful and loved all. His smile was contagious. Holly Bear as the apple of his eye. He will be deeply missed by all.

He is preceded in death his grandfather, Amalio Valenzuela and uncle, Jose Pina.

In lieu of floral contributions the family request that donations be made in Carlos's name to the B.B.V.A Compass Bank in Kerrville to help pay for the funeral expenses.