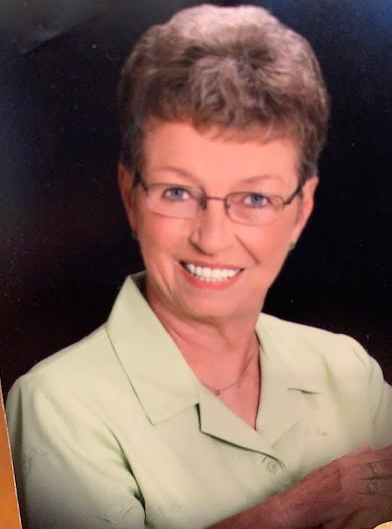 Carolyn Ilene (Hudnut) Burns, 85 of Kerrville passed from this life on Thursday, October 1, 2020.

Carolyn was born in Lansing, MI on September 23, 1935, to Kenneth Riley and Leona M. Hudnut.  In 1953 she graduated from J.W. Sexton High School in Lansing, MI, and shortly thereafter enlisted in the United States Air Force.  In 1957 she married Robert W. Rule, and from this marriage came three daughters, Robin, Renee and Roxanne.  Carolyn and her daughters later returned to live in Lansing, where she was employed by the state of Michigan, Department of Social Services.  In 1975 she married Charles W. Burns, a career U.S. Army Officer.

Carolyn always enjoyed traveling, and The U.S Army was pleased to accommodate her.  Prior to accompanying her husband on an overseas assignment, Carolyn completed The Department of Defense Intelligence School in Washington D.C., the training of which she would later utilize to establish her employment career.  In 1977 she and her husband made a diplomatic move to the U.S. Embassy in Caracas, Venezuela utilizing this training. She was an elegant and distinguished representative of the United States to the many foreign diplomats, representatives of foreign government and just plain common people that she met in Venezuela and the islands of Trinidad and Tobago.

In 1980 Carolyn and her husband returned to the United States.  Carolyn was employed by the U.S. Civil Service and began her career as a security specialist.  She worked on an assignment to the U.S Air Force Intelligence, The Pentagon.  In 1982 she and her husband transferred to the U.S. Army, Fort Hood, Killeen, TX and she became the Security Manager for the Major US Army Commands, until her retirement in 1999.

Carolyn's security expertise were highly regarded, and she was a member of the Central Texas Counter Terrorism Joint Task Force.  Carolyn loved her work with the officers, soldiers and department of the Army civilians.  She always said that the soldier kept her young.  She was known as "Mrs. B" to the soldiers.  A part of Carolyn's work included preparing officers and soldiers to handle security during deployments to battles around the world.  Her work during Desert Shield/ Desert Storm won her many accolades from commands deployed.  The highlight of her career according to Carolyn was standing up with career Army Officers, NCO's and soldiers during her retirement ceremony.

She and her husband made a final move in 2002 to Kerrville, TX.  At the age of 74, wanting to be useful again, she volunteered as a court appointed special advocate, with the Hill Country Court Appointed Special Advocate Agency for Children (HC CASA).  HC CASA became the catalyst to launch a new career, ensuring that abused children had a loving, constant in their lives, so they didn't slip through the cracks, of overloaded agencies and courts.

She is preceded in death by her husband, Colonel (Ret.) Charles W. Burns; her parents, Kenneth and Leona Hudnut and her daughter, Robin Peacock.

A visitation will be held from 5-7PM on Friday, October 9, 2020 at Kerrville Funeral Home.

Funeral Services will be at 12PM on Saturday, October 10, 2020 at Kerrville Funeral Home, 1221 Junction Highway, interment to follow at Garden of Memories, 3250 Fredericksburg, Rd.

Arrangements are under the direction and personal care of the professional at Kerrville Funeral Home (830) 895-5111.

To order memorial trees or send flowers to the family in memory of Carolyn Burns, please visit our flower store.
Send a Sympathy Card