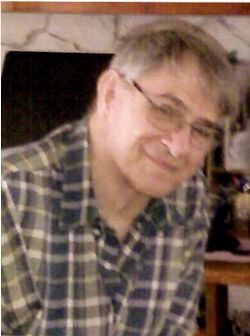 He was born in Ingram to Stella and Charles Sherman one of eight children. Charles was a prolific football player who excelled in 6 man football. After high school he attended college in San Marcos. After leaving college he taught high school for a year. He left the teaching profession deciding that teaching wasn't for him. He joined the Air Force becoming a technical sergeant repairing electronics and radios during the Vietnam war. After returning the United States he became a computer operator for the Air Force. On May 5, 1974 Charles was involved in a car accident that left him a quadriplegic and was honorably discharged from the Air Force. After the accident Charles and his family returned to Texas eventually settling in Center Point, Texas.

Charles spent his time helping various local businesses with bookkeeping and accounting. Later he volunteered at Center Point Hight School running the schools computers and helping with the bookkeeping. In recent years Charles has studied his family genealogy learning about his great grandfather John Sherman, who built Sherman's Mill on the Guadalupe river in Ingram, Texas. Charles volunteered at the Kerrville Genealogical Society Research Center and Library where he spent time researching local graveyards helping to identify occupants, including over 500 veterans buried at the United States National Cemetery in Kerrville. He mapped and documented the Leakey Cemetery donating the results to the city of Leakey. He volunteered his services at St. Peters Episcopal Church library helping to catalog the libraries collection.


Arrangements are under the direction and personal care of the professionals at Kerrville Funeral Home. (830) 895-5111.

Garden of Memories
Camp Wood, TX
To order memorial trees or send flowers to the family in memory of Charles Sherman, please visit our flower store.
Send a Sympathy Card