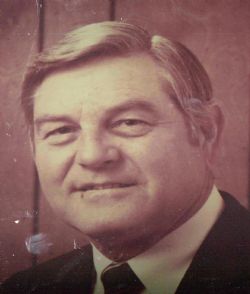 He was born on September 24, 1934 in Kerrville, TX to Arthur Lewis and Lesa Bell (Jones) Bierschwale. Clark spent his entire carrier in banking. When he wasn't working his favorite pass times included hunting and fishing. Clark was also a 32nd degree Mason.

Those left to honor and cherish his memory include his children, Pamela Fogle and Quentin Bierschwale; along with nine grandchildren and 8 great grandchildren.

Funeral Services will be held at 2 PM on Tuesday, February 21, 2017 at Kerrville Funeral Home. Interment will follow at Harper City Cemetery, Harper, TX.