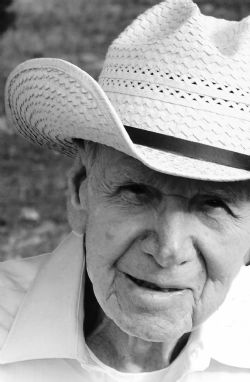 A member of the football team and the National Honor Society, he graduated from Moultrie High School. He worked as a pharmacy assistant and " soda jerk" after high school, and joined the Army as a Private, just before the start of World War II. After the war, he met his bride, Frances Elizabeth White, while he was stationed as a Military Policeman at a POW facility in Florida: she was stationed there as an Army nurse. They were married in 1947.

During 33 years of service to his country, he progressed through Officer Candidate School and rose to the rank of Colonel. He served in Italy and Africa during World War II. While serving In Sicily, he was bombed in Palermo harbor and shot at near Mt Etna by Germans and Italians while on a combat patrol there. After the war, over the course of his career was assigned to positions in Florida, Tennessee, China, Japan, Texas, Germany, Washington DC, Korea, and Georgia. His last billet was as Provost Marshal for USARAL in Anchorage Alaska. Upon retirement he was awarded the Legion of Merit medal for his distinguished service.

During his Army career, he moved his family multiple times, making new friends all along the way with his affable nature and his insatiable curiosity about people, places, and processes. After he retired from the Army in Alaska, he and his family moved to Colorado, where he attended gunsmithing school and followed that by teaching that skill to other veterans. Over the years he delighted and amazed his family and friends as an inveterate putterer, inventor, and repurposer. He owned practically every tool invented, knew how to use them all, and could figure out how to fix anything. He was an avid fisherman as well as a voracious reader.

His unwavering honesty and refreshing forthrightness caused him some tangles in his military life. He set a very high bar for himself, his co-workers, and his children, and he earned the respect of all by his commitment to the truth. He spent hundreds of hours with his grandchildren, near and far, traveling across the country to ensure that the grandkids in the Carolinas were able to get to know and love him. His rock solid dependability, his ability to listen well and speak eloquently and sensibly, and his selfless generosity endeared him to all who had the good fortune to know this true gentleman.

He was predeceased by his dear wife of 66 years, Frances, in 2013 and by his granddaughter Joelle Frances Long. He is survived by his five children, Jeannette Ruark (Ken), of Ingram, TX, Joseph Newton (Suzanne), of Greer, S.C., Jacqueline Kemberling (Mark), of Soldotna AK, Jennifer Newton, of Englewood, CO., and Jeffrey Newton, of Colorado Springs, CO., as well as six grandchildren, Jonathan and Jeanna Long, Jacob and Jillian Carlock, Jeremy, Julia and Janet Newton; five great grandchildren and one great great grandchild.

Per his wishes, a private graveside service and interment were held at in Fort Sam Houston National Cemetery on September 16.

Memorials may be made to military assistance charity of your choice, for example USO https://www.uso.org/ or Army Emergency Relief