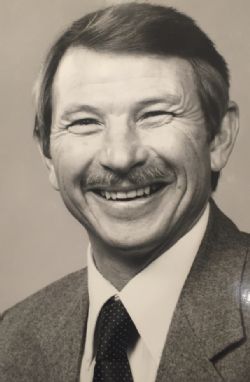 
Clifton Dale Lemons, 88, of Kerrville, Texas passed from this life on July 20, 2019 at a local care facility.

Dale was born May 11, 1931 in Newport, Texas. He served his country as a Sergeant in the US Marine Corps, First Battalion, 11th Marines King Battery, during the Korean War. He received his bachelor's degree from the University of North Texas, and his PhD from Texas A&M. Dale was a professor of Industrial Arts teaching at many colleges and universities over the years, including: Navarro Jr. College in Corsicana; Murray State in Murray KY; University of Wyoming in Laramie, WY; Indiana State University in Terre Haute, IN; and Pittsburg State in Pittsburg, KS. Upon retirement, Dale moved to Kerrville to play tennis, create beautiful wood turnings, and travel the country with the love of his life.
Dale was a member of the American Industrial Arts Association; Texas Turners; and Monaco America. He competed twice at Senior Olympics in Tennis. Dale was also well known for his photography taken on his travels throughout the US and Canada.

Dale is preceded in death by his parents, Jon and Eura (Williams) Lemons; and brother, John Lemons.