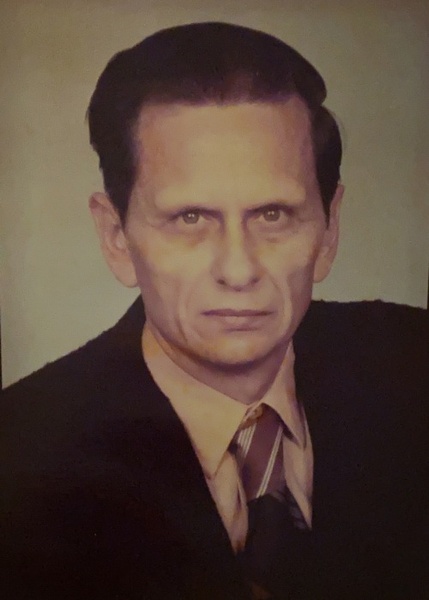 Coral Willard Admire, age 96, from Kerrville, Texas, passed away October 4, 2020, peacefully in his home surrounded by family and his loving, devoted wife, Junadah; by his side.

Coral was born on December 6, 1923 in Tuscumbia, Missouri. He graduated from Tuscumbia High School. At age 19, Coral met his future wife, Junadah Kathleen Sawyer and promised to marry after completing his 2-year service as a Medical Surgical Technician in World War 2. Coral landed on the Normandy Beach in France on June 9, 1944 and served in a mobile hospital on the front lines. During this time, he and Junadah corresponded through letters daily and as promised, he returned to marry the love of his life. They married on March 27, 1946 and began their 74-year journey together. Coral and Junadah welcomed and raised 7 children.

In the fall of 1957, they moved to San Antonio, Texas where he joined the United States Air Force.  In 1965, he earned his Bachelor of Arts degree in Nursing from Incarnate Word College. Coral was one of the first male nurses to receive this degree in San Antonio. This accomplishment took an abundance of sacrifices and determination from him and from his family to achieve this goal. In the summer of 1965 Coral and Junadah moved their family to Kerrville, Texas. Over the years he worked at the V.A. Hospital, Sid Peterson Hospital, and the State Hospital. Coral retired as a United States Air Force Captain, with 35 years of service to the United States government.

Coral was a loving and devoted husband, father, grandfather, and great-grandfather to his family. His adventurous spirit led him on countless road trips over the years. He had a great love for the outdoors, enjoying hunting at the ranch, fishing at the coast, or playing softball in the front yard with his children and grandchildren. As the patriarch of his family, he guided, nurtured, and supported each member of the family whole-heartedly. Coral always had a fun-loving sense of humor that he showed through storytelling and making up jokes and limericks. He was a man of faith and a devoted member of First Christian Church in Kerrville, Texas. His Christian faith was the cornerstone of his strong character.

Coral is preceded in death by his parents, Lewis Edward Admire and Rosa Roberts Admire, his sisters Clare, Dortha and brothers Lawrence and Orville.

In lieu of flowers, donations can be made to a memorial or charity of your choice.

To order memorial trees or send flowers to the family in memory of Coral Admire, please visit our flower store.