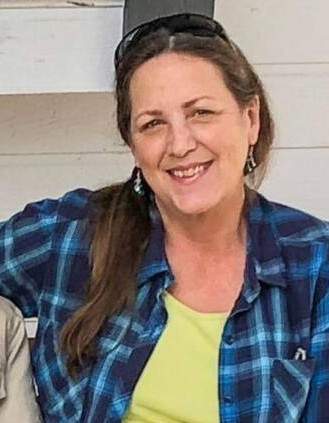 Cristie Bolt was the daughter of Jim and Jean Peters, born in San Jose, California, on November 1, 1960, the youngest of five siblings. In 1974, the family moved from California to Hamilton, Montana, where Cristie and her sister, Gina, graduated from high school. Their homestead had a gorgeous view of Blodgett Canyon in the Bitterroot Valley, and they had a huge garden that the family cared for.

After high school, Cristie joined the US Army and was stationed overseas in Germany. She loved it there, and was proud of her military service and expert marksmanship. When she returned stateside in 1983, she moved to Austin, Texas (where her brother James was at the time), and began working for the IRS as a seasonal tax employee. She met Casey Bolt through James, and they became best friends. Casey had a son from a prior marriage, Jason, that Cristie loved as her own.

Cristie’s temp job with the Federal Government became permanent and progressed into a successful career in the Information Technology field, which later inspired her daughter to pursue a similar career path. She worked there until she retired in 2018.

Cristie and Casey lived in rural Elgin, Texas (east of Austin) from 1991 until moving to Camp Wood, Texas, in 2009, then to Kerrville, Texas, in 2019. The house in Elgin saw Dotti grow up, and family and friends have many great memories there. Cristie learned how to ride a motorcycle in 2010, and while in Camp Wood, she, Casey, and Dotti often rode together on the beautiful Texas Hill Country highways. She also loved the Nueces River that runs through Camp Wood, and spent a lot of time helping conserve it, as well as having fun in it. Her Kerrville house was her own project, and she very much enjoyed fixing it up and making it a home. She also became quite active while in Kerrville - she loved and frequented several parks and trails, she sought change in the world with political activism, and she participated in environmental conservation efforts.

Cristie was a strong, loving woman who cared deeply for those around her, including the stray animals that found their way to her and became family. She was a whiz in the kitchen, making the best vegan meals and desserts this side of the Mississippi, and she loved her life in Kerrville with her mom. Most recently, she was gracefully becoming Grandma B to granddaughters Mary (3) and Emma (1).

A memorial service will be held at 2PM on Sunday, June 13, 2021 for Cristie and her mother, Jean at Kerrville Funeral Home.

To order memorial trees or send flowers to the family in memory of Cristie Bolt, please visit our flower store.