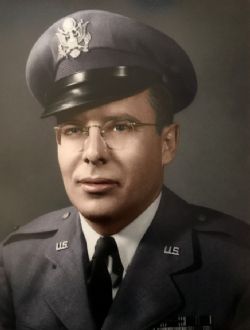 He was a fighter in the US Army Air core at the age of 18, following his graduation from high school. He flew B-25 Bombers for three years. He was then recalled in 1950 to fly the B-29 bomber again in the bombing of North Korea for 2 years. During the time he served, he fought in many air battles and participated in many bombing missions.
Curtis met Dr. Stephanie McCubbin who moved to the states from Poland in 1945. The couple met at Chiropractic College. The couple ran a practice together for forty five years out of two offices and had a very successful practice, one in Oak Cliff, TX and the other in Casa Linda, TX on 11220 Garland Road.

Following Stephanie's passing Curtis married his second wife, Shirley. Dr. McCubbin married Shirley February 14, 2009 they remained married until her death in 2015.
Dr. McCubbin wanted it to be stated that he was extremely blessed to be able to have been married to two extremely wonderful women. He has lived a wonderful life and always had God on his good side.