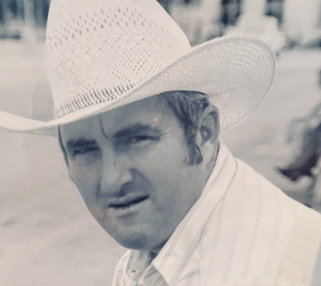 Danny Gratton Behrens, 75, of Kerrville TX passed from this life on June 26, 2022 at his residence with his wife by his side.

Danny was born in Mason, TX on November 21, 1946 to parents Ella Mae (Eckert) and Gratton O. Behrens. After graduating from Mason High School, Danny received a degree from Tarleton State University.  He went on to teach at Medina High School.  He married the love of his life Emily Staudt on June 11, 1976.  Danny and Emily later moved back to Mason to farm and ranch.  Once settled in Kerrville, Danny worked at Kerrville State Hospital where he eventually retired after 32 years.

Danny is preceded in death by his parents, Gratton and Ella Mae Behrens.

Those left to cherish his memory include his beloved wife of 46 years, Emily Staudt Behrens; daughter, Jenny Behrens Duncan and husband Michael; son, Will Behrens and wife Jennifer; grandchildren Rylie, Peyton, and Sophia all of Kerrville, TX and brother, Kelsey Behrens and wife Frannie of Mason, TX.

In lieu of flowers contributions may be made to the American Diabetes Association.

The family would like to say a special thank you to Dr. James Young, Dr. Edward Erb and all the staff at Peterson Hospice.

A memorial service is planned for a later date.

To order memorial trees or send flowers to the family in memory of Danny Gratton Behrens, please visit our flower store.