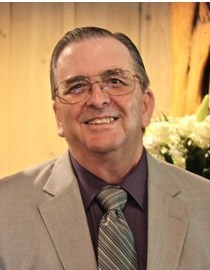 David Lee Lingle, 70, of Ingram, Texas, passed away surrounded by family at his residence on February 15, 2020 following a lengthy illness. David was born in Wichita Falls, Texas on November 2, 1949 to Jacob “Wesley” and Francenia Lingle. He graduated from Valley View High School in 1968.

David graduated from Tarleton State University in 1973 with a Bachelor’s Degree in Agricultural Sciences. While attending Tarleton State he began a lifelong love affair with cowboying and rodeoing, competing in several different events before deciding to focus on calf roping and steer roping, which he continued to compete in through the early 2000s.

After leaving law enforcement David began a second career as a rancher, working for the Howard, Burnett, and McBride ranches before starting a new job for Frank Broday’s Bar B Ranch in Clay County in 1981. When Frank passed away in March of 1991 he left the ranch to David, who operated it as the Diamond Cross Ranch until 2006, when he and Barbara sold the ranch and retired to Kerr County. While in Kerr County David became an active member of the Hunt United Methodist Church Men’s Bible Study group.

David served a three year term as a member of the Clay County Pioneer Reunion Association’s “Nine Man Board” beginning in 1992.

David is survived by his wife Barbara, daughter Susan Lee, son John David, his “favorite daughter-in-law” Mandy, and grandchildren Broday David and Kayla Renee.  He was preceded in death by his father, mother, and older brother Denton.

He was a Cowboy to the end.

A Memorial Service David will be held at 2:00 pm on Saturday, February 29th at Hunt United Methodist Church. A reception will follow in the Hunt UMC Fellowship Hall.

To order memorial trees or send flowers to the family in memory of David Lingle, please visit our flower store.