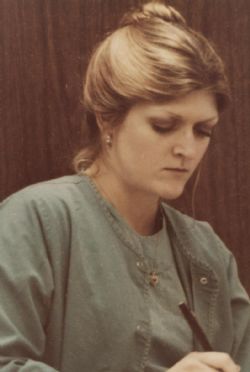 
Deborah Elaine Hulett of Kerrville, TX passed from this life on April 18, 2016 at her residence. She was born the daughter of Don Bouska, Sr. and Mona Higgins in Oklahoma City, OK.

Deborah mentored children at both St. Peters and Notre Dame Schools in Kerrville. She was an avid reader, artist, homemaker, and an excellent mother and caregiver. She had an inherent love for Texas along with a smart sense of humor; and an obvious inner strength which lives on in her daughter.

Having a kind and generous spirit, along with an open heart, she was a beloved mother and wife. Deborah had a Snow White like quality in that she cared for injured animals which caused any wild creature to approach her with ease. She was very well known by the neighborhood birds and deer.

"She was ill for a lengthy time, so we, her family, are comforted by the fact that she is no longer suffering."

Deborah was preceded in death by her grandmother, Susan Higgins, and grandfather, C.T. Higgins.

Those left to honor and cherish her memory are her husband, Michael Ray Hulett; daughter, Andrea Nicole Jackson; her younger brothers, Brendon Bouska and Don Bouska, Jr.; parents, Mona and Jack Freeman and Don Bouska, Sr.; along with many loving friends and neighbors who will all miss her dearly.

There will be no local services at this time.

In lieu of floral tributes, the family asks that memorial contributions be made to the Nature Conservancy, or the Hill Country Youth Ranch.

To order memorial trees or send flowers to the family in memory of Deborah Hulett, please visit our flower store.