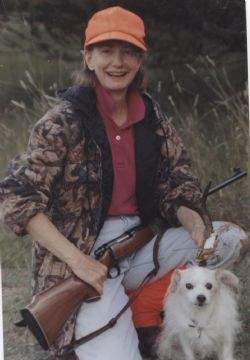 
Denise (Nia) Ursic-Lee, 70, of Kerrville went home to be with her Lord on August 26, 2019. She went peacefully at her home surrounded by friends.

She was the daughter of Sally Mae Meyers-Ursic and Roudolf Joseph Ursic. She grew up on Queen Anne's Hill in Seattle, Washington.

As the 60's were coming to a close, Nia was completing her degree at Washington University, Seattle,WA., in the field of Science. The death of a dear friend in college, compelled her to fulfill their dream to move to Alaska. She taught school there for five years. She returned to the lower 48 with an acquired companion, her malamute, Echo.

She later married Donald Lee and they relocated in Kerrville, TX in the 80's. She followed her heart's desire to know all she could about God, and to teach. She tutored many children, in her home with a reading program she wrote and self-published.

Those left to cherish her memory include her two sisters, Tracy Heffelfinger of Clinton WA, Lynn and husband, Mark San Edie of Oakland, California and half-sister, Bambi Heiserman, her once husband and dear friend in the end, Donald Lee of San Marcos, nieces, nephews, and many friends and neighbors.

In lieu of a service, we invite all who knew her to sign the guest book online at www.kerrvillefuneralhometx.com, sharing a story of how you met Nia Lee and any endearing story of her.

To order memorial trees or send flowers to the family in memory of Denise Lee, please visit our flower store.