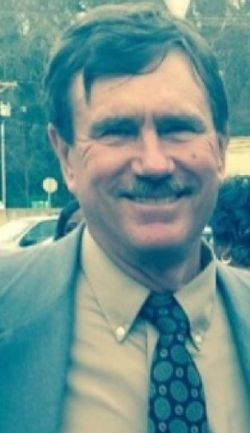 Dennis grew up in Bloomington, CA and graduated from Bloomington High School where he starred on both the baseball and basketball teams. After high school he attended Chaffee Junior College before later going on and graduating from the University of Redlands. On July 10, 1978 he married Jan Wesselman in Golden, CO. Dennis began a career in the retail industry with K-Mart and ended with Michaels after 30 years.

He is preceded in death by his parents Emmette W. and Phyllis Anderson.


A Graveside Service will be held 10AM Friday April 7, 2017 at Center Point Cemetery, FM 480 South, Center Point, TX 78010. The family will accept guests at their home after the service.

In lieu of flowers the family requests that donations be made to the St. Jude's Children Cancer Center.

The family invites you to leave a message or memory at www.kerrvillefuneralhometx.com Select obituaries, select "sign guestbook" at the top of the individual memorial.