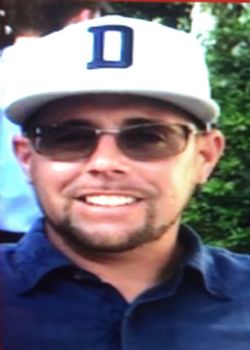 
After a short and aggressive illness at the young age of 39, Dominic Aaron Fugazzi, passed away on October 27, 2018 and was taken to a better place where he is no longer in pain. He was taken from us days before his 40th birthday. Dominic was born on November 7, 1978 in San Diego, CA.
He grew up in California where he met his future wife, Kory Tremblay in 1993 at the age of 15. They were best friends and spent most of their childhood days together. Even at that young age Dominic vowed he was going to marry her someday, even though Kory thought he was crazy eventually they started dating on March 30, 2000. In 2001 Dominic and Kory moved to Kettle Falls, WA to be near her father and his family. Aaron Dominic was born in 2001 and in 2006 they had a daughter Aubreyanna Leigh. They lived in WA until re-locating to Kerrville, TX in 2009 where they have lived ever since.
He was a wonderful husband, father, and great friend to many in Kerrville, WA, and CA. Dominic was also well known and respected around town for helping many people rid their homes of pests.
Dominic is survived by his wife, Kory Fugazzi 39, children Aaron, 17 and Aubreyanna, 11 in Kerrville. His mother, stepmother, brothers and sisters in various states and Judith Hylbert grandmother in law, Kerrville.
A memorial service will be held on Saturday, November 3, 2018 at 10:00 a.m. at the Kerrville Funeral Home with a reception to follow.