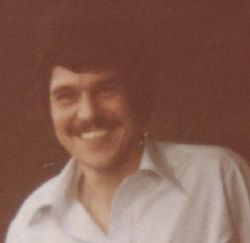 
Donald Ray Busbee, 70, of Kerrville, TX, passed from this life on Saturday, November 5, 2016 in Kerrville. Donald was born on December 15, 1945 in Terre Haute, IN and was later adopted by Ray Busbee and Jo Margaret (Blackwell) Busbee.

Donald married Mary Ann Haun in 1978. He served in the Navy in 1963 and upon discharge worked in the Oil Field. Donald opened Busbee's Bar-B-Q in Bandera, TX where he owned and operated with his wife Mary Ann for 15 years. He also was in new car sales and was a state inspector until retiring.

Donald was preceded in death by his daughter; Donna Rayette Busbee and son, Bruce Wayne Busbee.

In lieu of floral contributions, donations may be made to Peterson Hospice in Donald's name.