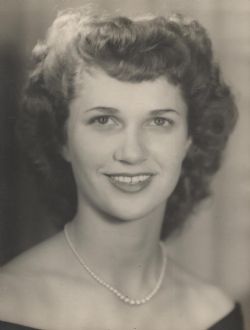 
Dorothy Louise Bond (Sheffy), 89, of Kerrville, passed from this life on Wednesday, August 24, 2016 at her home in Kerrville, Texas.

Dorothy Sheffy Bond was born April 27, 1924 in an old ranch house in Dimmit, TX. She was the fourth child, first girl. She graduated high school in 1944 and went on to attend West Texas State University. In later years she obtained a Masters in Education. On December 28, 1948 Dorothy married the love of her life, Bill Bond. Bill and Dorothy welcomed their first daughter, Vikki in March of 1951 and their second child, Leslie in January of 1953. Dorothy began teaching at Mesquite ISD in 1951 until moving to Kerrville in 1979. She taught at Tivy till retiring in 1983. Dorothy then assisted Bill in his career goals of becoming an artist. They worked closely on various works of art till 2010. They loved the hill country and ''Rusty'' was very active in the church. She was an amazing woman, mother and grandmother who always worried for others before herself even till the end.

Those left to honor and cherish her memory include her granddaughter Roxanne C. Stone and great grandchildren, Caanan Michah Greene and Aiden Riley Stone.