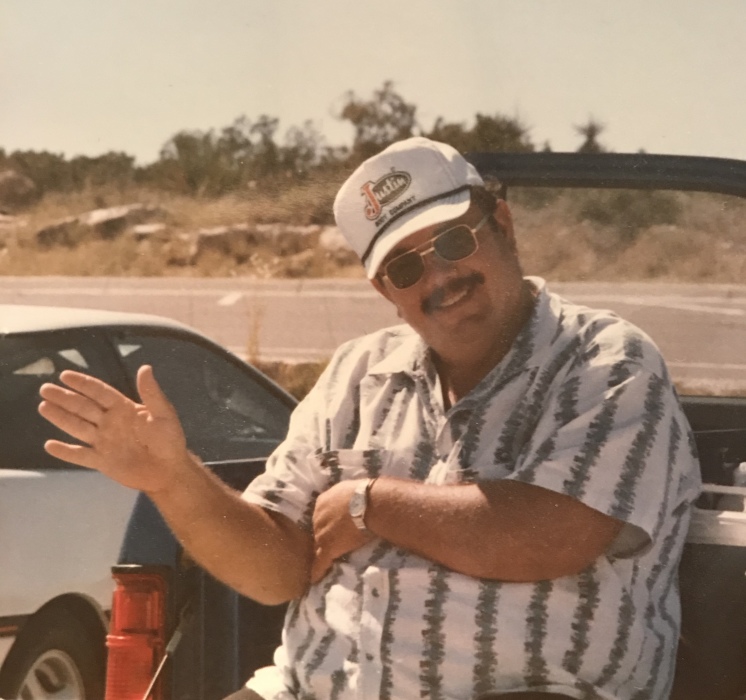 Edmund Friedrich, Jr., lovingly known as Patta,  went to be with the Lord on Tuesday, April 21, 2020. He passed away in his home at the age of 71 surrounded by family. He was born on February 13, 1949 in Fredericksburg, Texas at the Keidel Hospital to Edmund David and Hedwig "Hattie" (Ahrens) Friedrich. He was the youngest of six children to join this German farming and ranch family. At a young age he was nicknamed Patta "Little Pants" by his Oma Friedrich and it stuck. The Friedrich family were long-time members of Bethany Lutheran Church where Patta was baptized  on March 27, 1949 and later confirmed on April 7, 1963. His bible verse was Psalm 23-1, "The Lord is my Shepherd, I shall not want."

As a young child he was sad that he was unable to attend Pecan Creek Schoolhouse like all his older siblings near the homestead and was made to attend public school in town when the rural school closed in 1955. He started in the Fredericksburg public school system only speaking German. In high school he was proud to be manager of the FHS Battlin Billies football team and graduated in 1968. That summer he went with his cousin Bobby Klein and friend Tony Oehler on a memorable trip to Hawaii to visit Ronnie and Irene Lindig who were stationed there. After high school he went to work for Gillespie County as a road maintenance worker and retired 38 years later in July, 2006. He was a hard worker, farmer/rancher and family man. He was proud to have helped with the Doss Texas Boy Scouts summer camp in Colorado.

Patta enjoyed country music and was known to be the best dancer on the dance floor! This is how and where he caught the eye of his wife. Patta married Claressa Fay (Hubbard) Kyzar on August 29, 1992. He loved and was very proud of his three bonus sons, Richard, Mike and Heath Kyzar and was so happy they made him a grandfather and great-grandfather. His favorite things were hunting, BBQ'ing, tending to his land and animals, and most importantly being with friends and family. He was a kind, loving and gentle man that was proud of his German heritage and family and will be greatly missed by us all.

He was preceded in death by parents, Edmund David and Hedwig Friedrich; brother, Emil Friedrich; and sisters, Darline Frisch and Mary Bachmeyer

Services will be held at a later date.

Memorials may be made to HCMH Hospice, Friedrich Cemetery or a charity of your choice.

To order memorial trees or send flowers to the family in memory of Edmund Friedrich, please visit our flower store.
Send a Sympathy Card