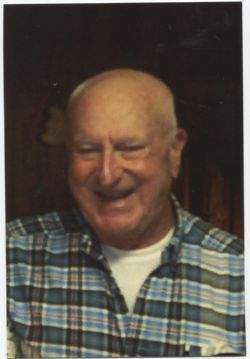 Elliott graduated from Fallbrook High School in Fallbrook, CA in 1948. He served in the United States Navy from 1950 to 1954. Elliott joined Bank of America in 1954 and served in various positions culminating with Branch Manager, Fallbrook Branches and retired in 1979. He married the love of his life, Robyn J. Sikking in January 1956 and they had two beautiful daughters. Elliott later worked with Torrey Pines Bank for two years and helped start the Fallbrook National Bank and retired "again" in 1986. He was a 33rd degree Mason, and the family was a Masonic family, all involved with various Masonic organizations. They then moved to Tehama County in Northern California and enjoyed retirement for the next 25 years. In 2007, they moved to Kerrville to be closer to family. His lifetime passion was to take things that were broken and fix them. He enjoyed building bird houses, and watching the birds from his chair in the living room. He was an amazing man, husband, father and grandfather and will be sorely missed.

In lieu of flowers, the family requests donations be made to support Hurricane Harvey relief.

A private celebration of life will be held at a later date.

To order memorial trees or send flowers to the family in memory of Elliott Stuart, please visit our flower store.