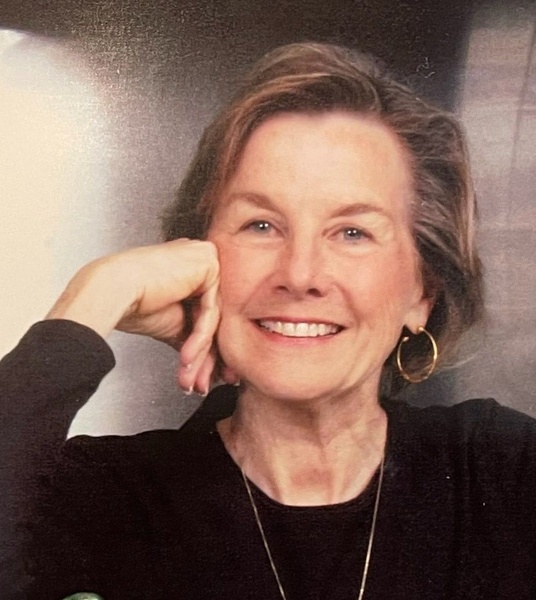 Elouise Adams Jones, a pioneering restaurateur known across the state, country, and even other parts of the world simply as Ouisie, died on her birthday, Jan. 10, 2022, following a long illness. Her husband, Harry R. Jones Jr., confirmed her death.

A memorial service will be held in Houston at St. Luke’s United Methodist Church, 3471 Westheimer, at 2 p.m. Wednesday, Jan. 19, with Rev. Cliff Ritter officiating. The service will also be live streamed at https://www.stlukesmethodist.org/elouise-jones/.

Fondly identified by her Southern ways and eclectic tendencies, Ouisie was the founder and “proprietress” of Houston’s Ouisie’s Table Restaurant, first in a tiny, abandoned food store on Sunset Blvd. in 1973, and today at 3939 San Felipe near River Oaks. She was a gifted cook, an inspiring taskmaster, an innovator, writer, designer, and philanthropist. She was especially passionate.

Elouise was born on Jan. 10, 1943, to Andrew Jackson Adams II and Julia Harrison Adams. She lived in Missouri City, Texas, until her family moved to Houston when Elouise was 10. Ouisie was a nickname derived from Elouise after an aunt who insisted she have her name.

While there was no hint of how it would pave her entire life to come, her culinary skills began with her mother, Julia, and paternal grandmother, Lucy. It was from Lucy she also got a special sense of Southern style and Louisiana cooking.

It was at the Chronicle two life-changing events occurred. Elouise got her first start in the food business (“The Traveling Brown Bag Lunch Company”) by making and selling sandwiches to the editorial staff. She also met and married Van Heatherly. They had a son, Tucker Heatherly, who was Elouise’s only child. Tucker died in an automobile accident in 1987.

In the late 1960s, she left the Chronicle on the urge to find another career. She had never even worked in a restaurant, but on May 12, 1973, she opened her first, “Ouisie’s Table, a Little Café Out of The Way,” on Sunset Blvd. in Houston. Funds for the restaurant were provided by her namesake aunt, Elouise “Diddy” Nazro.

Located in what had been a small, family grocery store, the restaurant had 88 seats and only six parking places. Everything on the menu was original, all taken from family recipes, but often tweaked. A small blackboard advertised the day’s dishes.

The restaurant became popular far outside its neighborhood, and lines were common. After one particularly hectic lunch, Elouise was informed a woman had just walked in and would like to eat. As Elouise stepped out of the kitchen, she saw the woman’s back and then heard her voice. That was the day Julia Child ended up stirring pots in her kitchen and becoming a fan of Ouisie’s Table.

The loss of her only child, Tucker, in 1987 was devastating. Two years later, she closed the restaurant to, in her words, “go count seagulls on Galveston Bay.”

About four years later, to everyone’s surprise but hers, she came up with a design for a massive new building to put on land being offered at 3939 San Felipe. On May 12, 1995, the second Ouisie’s Table Restaurant & Gardens opened. Built into the wall in the main dining room is a ceiling-high chalk board where daily specials are posted.

A long, sunlit dining room along one side of the building is known as Lucy’s Porch, after her grandmother. The bar in the restaurant is named “The Khaki Club,” named for the youngest of four Jack Russell terriers she and husband Harry raised like children. Other rooms are named after other friends and family.

With the new restaurant, she stayed feisty, smart, talented, and headstrong - and not shy about giving an opinion or two. When the new restaurant opened, she announced it would be a non-smoking establishment, not a popular move at the time. She stuck to her nonsmoking guns.

A gifted writer, she wrote food-related columns for several Houston-area magazines, contributed an occasional op-ed piece for the local newspapers and was an ongoing contributor to Antique Shops and Designers magazine. She often hosted authors, musicians, scholars, artists, and designers at her Sunday Salons (even though all weren’t on Sundays).

While her philanthropy was often done quietly and without fanfare, her annual Christmas party was neither. The “Everyone Come Dressed as Santa and Bring a Bike Party” was held for up to 200 guests, admission being a new bicycle which would be given to underprivileged children. For some, the entire evening was made worthwhile witnessing Elouise racing around the parking lot on one of the bikes. Over the years, thousands of bikes were given away.

Elouise was an avid supporter, long-standing board member and past president of INPRINT, Houston’s premier literary arts, nonprofit organization supporting and engaging readers and writers of fiction, poetry, and creative nonfiction.

The new restaurant also played a part in another treasured part of her life. In 1999, Elouise and Harry R. Jones, Jr. were married in the gardens of Ouisie’s Table with Rev. Jeff Walker officiating. It was followed by an exquisite reception dinner.

She and Harry created a beautiful home in the West End community. It began as a large one-room metal building with an open loft on a ¾ acre lot with a shell driveway. After extreme remodeling, decorating, and landscaping, it was completely transformed and was featured in Houston Home and Garden magazine.

She was regarded by the Houston restaurant community as a Houston icon and a pioneer among a select few women restaurateurs. She was the subject of many articles in various magazines and newspapers. She was named Restaurateur of the Year by the Texas Restaurant Association.

After her illness began keeping her from all the demands of the restaurant, Elouise sold Ouisie’s Table to long-time general manager and business partner Wafi Dinari who continues to run it today.

In retirement, Elouise put her energies into the arduous process of writing a cookbook which was almost completed. Unfortunately, she was not able to finish it.

Elouise is preceded in death by her parents, Andrew Jackson Adams II and Julia Harrison Adams, of Missouri City, Texas, her only child, Tucker Hetherly, and her former husband, Van Hetherly. She was also predeceased by her aunt, Jane Adams Jones, her aunt and uncle, Elouise “Diddy” Nazro and Wheeler Nazro.

She is survived by husband of 23 years, Harry R. Jones, Jr., and stepsons, Harry R. Jones, III (“Hal”), and wife, Jana and his children, Ashley, and Lauren; Bradley Jones and wife, Brenda, and their daughters, Georgia, Olivia, and Emilia; Stewart Jones and wife, Katherine, and their children, Harrison, Bennett, and Holden; and stepdaughter Sarah Stein. Also survived by brother-in-law, Steven E. Jones, and wife Leta Jones, and their children, Steven E. Jones, Jr. and Tracey Mebane, and daughters, Emily, and Elizabeth.

She is survived by her sister, Ruth Adams Bronz and her brother, Andrew Jackson Adams, III. She is also survived by her former sister-in-law and dear friend, Marianne Crain and godson, Davis Crain; nieces, Karina Cascadden, and her sons, Tucker and Harrison Cascadden, and Rio Rayne, and Rio’s daughter Coco, and nephew Adam Adams.

Others left to honor and cherish her memory include cousins on her mother’s side of the family, including Jeanette Randolph, Harrison Wagner, Virginia Wagner Davis, Raymond Harrison, Judd Harrison, Gerard Harrison, Sallie Sweeny and Douglas Harrison, and their spouses and numerous children, who are now adults.

Elouise leaves behind many loved and cherished friends, longtime and generations of patrons of the restaurant, and so many dedicated coworkers at Ouisie’s Table. They were all her “family”.

She was also extremely thankful and blessed for her devoted caregivers who were so compassionate and committed to caring for her every day over the past few years during her illness. She was especially thankful for Dr. Jay Davis for his care.

To order memorial trees or send flowers to the family in memory of Elouise Jones, please visit our flower store.