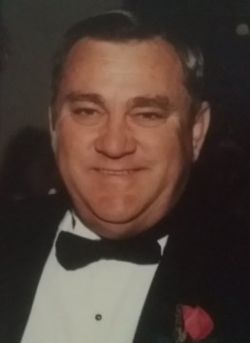 
Eugene Bradley Martens, 74, of Hunt, Texas passed from this life on February 5, 2016 at his residence.

Gene was born February 1, 1942 in San Antonio, TX, but grew up in Alice, TX. He was a 1960 graduate of William Adams High School. He attended St. Mary's University prior to being drafted into the Army. He was stationed in Fairbanks, Alaska.

On November 20, 1966 he married Betty, his wife of almost fifty years. Together the raised 4 children: Terry, Barry, Paul, and Bryan. He as blessed with 4 grandchildren; Allison, Kiley, Dawson, and Megan, who the apples of his eyes.

Gene was employed by Smith Tool Company until he retired. After retiring, he and Betty moved to Hunt, TX. He loved the Guadalupe River and loved the time he spent at their home there with family and friends over the past 15 years.

He was an avid hunter and fisherman, teaching all of his grandchildren to do the same. He greatly enjoyed attending his high school reunions. The relationships he had with his family and all of his friends were the most important things in his life.
He will be greatly missed by those who were closest to him.

Gene is preceded in death by his parents, Clarence C. and Annie Mae (Blatherwick) Martens; and son, Bryan Eugene Martens.

The family requests memorial donations may be made to the Alzheimer's Association (www.alz.org) or to a charity of choice.

We would like to thank all of our family and friends for the many expressions of sympathy at this time.