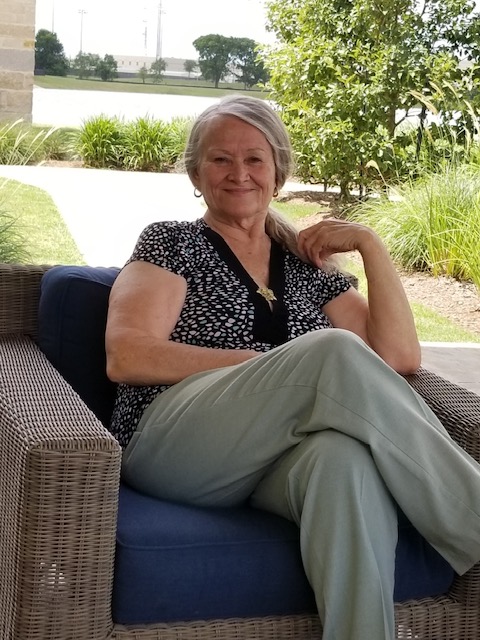 Eva Julie Sautin was born in Iran to Vasily and Anna Sautin, Russian descendants during the Cold War and the Syrian Crisis. Her parents and 7 of their 8 children migrated to America for a better life and a fresh start in Los Angeles, California. She was a beautiful aspiring model when she found out she was pregnant with her daughter Sonja. She quit modelling to begin motherhood and a career at Southern California Edison Company, as an administrator in the medical billing department. Where she remained employed for 20 years upon retirement. During this time she met her only husband, Rudy Imrich, but they parted ways in 2002. While raising her daughter and two step-daughters, she took in one of her nieces to help her through high school. She continued to open her home and heart to any relative that needed it. In 2002, she decided on another fresh start in Kerrville, Texas. She enjoyed her time there with her sisters, their children and grandchildren. When her daughter, Sonja, had her first born, she decided to move to the coast to help raise her. It was only going to be temporary, but due to her insatiable yearning for many more children, it ended up her permanent residence in Lake Jackson, Texas. She wanted to “be near her grandbabies”. She was second mother to many, including friends children, nieces and nephews and even some of their children. She also became the main caretaker of her brother, Sergei. She always tried to keep the family together and her door was always open to anyone that wanted to visit. Everywhere she moved was left with a beautiful garden of flowers and memories. Her heart was as big as the ocean and she always gave everything she had to anyone that needed. She had great faith in God and she passed away peacefully. She will always remain in the hearts of all of those she touched with her beautiful smile, her loving hugs, her funny sense of humor and her warm and generous heart.

Thank you for those that gave their time to help in arranging the services, Seth, Ollie and Arthur. A special thank you tor everyone that donated and contributed in helping fund the services and providing food.

To order memorial trees or send flowers to the family in memory of Eva Imrich, please visit our flower store.