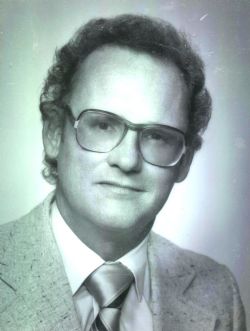 
Floyd William Gillespie, 69, formerly of San Antonio, TX passed away on Friday, July 22 at his home in Kerrville. Floyd was born Dec. 19, 1946 in Havre, Montana to Bill Reynold Gillespie and Alice Rhoda Loftice. He served in the United States Navy and US Naval Reserves from 1964 to 1970. On Apr. 20, 1969 he married Rebecca Bernal and was devoted to her for over 47 years.
Floyd began his career installing phones for AT&T in Seguin, TX. He later worked for Southwestern Bell and then Lucent Technologies repairing computers before retiring in 2008. He enjoyed hunting and fishing.
Floyd's parents preceded him in death. He is survived by daughter Loretta; son Bill, his wife Susan and their six children, Delila, Haley, Kaley, April, Nicholas Daniel, and Alayna Donohue; and three sisters, Dixie Gholson, Linda Lindsay, and Cheryl Acosta.
Services will be private.
Arrangements are under the direction and personal care of the professionals at Kerrville Funeral Home. (830) 895-5111

To order memorial trees or send flowers to the family in memory of Floyd Gillespie, please visit our flower store.