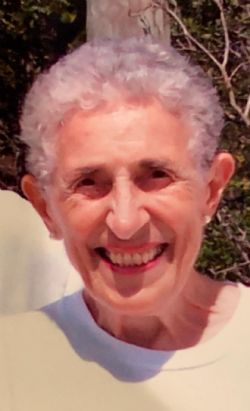 
Frances Futia-Walters, 91, passed away peacefully, Wednesday, February 27,2019, at her home in Center Point, Texas where she was under the care of her family and Hospice of Kerr County.

Frances was born in Canton on September 5, 1927, the daughter of the late John and Antonette Sinicropi Futia. She graduated from Carthage Augustinian Academy in 1945. After her high school graduation she attended nursing school in Ogdensburg, New York. She worked as a nurse for a time for Dr. Maxwell in Carthage. After working for a time as a nurse, she became an airline stewardess for Eastern Airlines. It was during this time that she met her husband, James Mayo Walters. They were married on November 18, 1955.

The couple lived for a time in Coral Gables, Florida before moving to Center Point, Texas in 1975. It was here that they built a ranch and raised Santa Gertrudis Cattle for their beef and llamas for their wool. The couple traveled the world extensively during their life together. It was during this time that Frances was able to pursue her passion for the arts as evidenced by her numerous, drawings, paintings and sculptures. Mr. Walters who preceded her in death passed away on June 14, 2011.

After the death of her husband and many years away from her family, Frances spent the reminder of her life getting reacquainted with family, for which they will be forever grateful.

Frances is survived by two brothers; John Futia of Florence, Alabama and Dominic Futia of Buffalo, New York and several nieces and nephews. A sister, Mary Lou Barker, predeceased her.

Per her wishes, Frances will be cremated and her ashes scattered along with her husband's on their ranch. There will be no calling hours. A celebration of her life will be held at a later date.

In lieu of floral contributions, donations may be made in her memory to Peterson Hospice, 1121 Broadway, Kerrville, Texas 78028.

To order memorial trees or send flowers to the family in memory of Frances Walters, please visit our flower store.