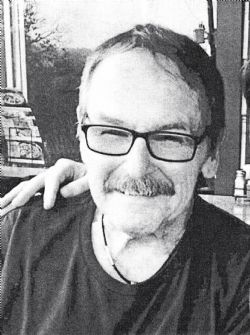 
Gary Earl King, 65, of Kerrville, Texas passed from this life on August 5, 2016 at a local hospital. Gary was born June 26, 1951 in Houston to Earl Littleton and Dollie Hirsch King.
Gary was raised in Houston, Texas graduating from Sam Houston High School where he played and excelled in football. Gary then attended San Jose State University achieving a degree in business. Gary moved back to his home of Houston where he raised his family. In the past eight years, Gary retired to his new home of Kerrville, along the way making new friends.
Gary is preceded in death by his father.
Those left to honor his memory include his mother, Dollie King; sister, Lana Grasso, son, Cameron King; daughter, Shelley McCormick; son, Spencer Stewart; grandchildren, Jamie, Connor, and David McCormick.
Memorial services will be held 10:00 AM, Friday, August 12, 2016 at Kerrville Funeral Home with Rev. Sam Ligon officiating.
Memorials may be made to the Humane Society or to your favorite charity.


Arrangements are under the direction and personal care of the professionals at Kerrville Funeral Home. (830)895-5111.

To order memorial trees or send flowers to the family in memory of Gary King, please visit our flower store.