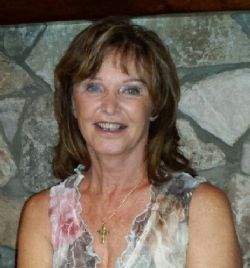 
After a hard fought battle with cancer, Gary Ann Lord passed on April 8, 2019. Gary Ann had battled Cancer for the last 12 years. During this fight she was lovingly cared for by her daughter, Mychele Rene Lord, with the help of Carlos McKinney, and most recently Roger Wolle.

Her parents, Mary Ragan Ball Tufts and Guy Oney Tufts welcomed Gary into the world on March 29th in 1944. She became a big sister to, Cecile Maxine Tufts Woodward, in June, 1948. She was a free spirit who found her calling as a registered nurse. She later became one of the first female Certified Registered Nurse Anesthetist in Texas. She worked in hospitals in Arizona and Texas.

She married Ron Lord in and together they became the parents of Mychele Rene Lord and Casey Steven Lord. Although their marriage did not last, they continued to support each other through the different trials of life. Later being loving grandparents to Dylan Kirk Lord and Brendon Steven Lord.
Her free spirit lead her to seek out new opportunities in which she could grow as a business entrepreneur; she purchased the Gold Cup Pawn shops. She turned the original shop into three shops and parlayed that into several other businesses.

Her passion for adventure inspired her to travel extensively sharing this time with the people in her life that loved her.
She will be missed by those of us left behind, but we find comfort in knowing that she will not be alone on her next adventure. She will join Carlos McKinney, her partner for over 20 years, her son Casey Steven Lord, her grandchildren Dylan Kirk Lord and Brendon Steven Lord, and her parents who all have been waiting for her to come home.

To order memorial trees or send flowers to the family in memory of Gary Lord, please visit our flower store.