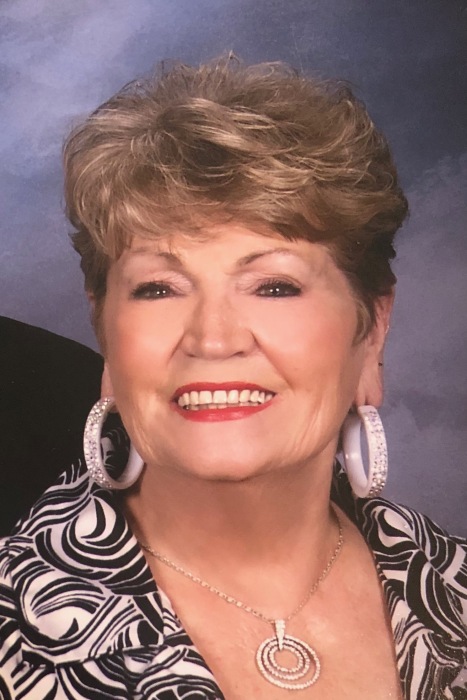 Gaylia Lee Sheffield, 82, of Kerrville, left this earth on June 3, 2020, in her home surrounded by her loved ones.

A service will be held at 2PM on Saturday, June 13, 2020 at Kerrville Funeral Home, 1221 Junction Hwy, Kerrville, Texas.  Masks are highly recommended.   Burial will be at a later date at Fort Sam Houston National Cemetery in San Antonio. Services will be live streamed via Kerrville Funeral Home Facebook page.

Gayle was born on November 5, 1937 at home in Grand Saline, Texas to Twillie Mae & Arty Lee White.  With bright red hair and weighing 10 pounds, she developed her love for a grand entrance early on.

Her family soon moved to Dallas, where she attended schools, and eventually raised her own family in Dallas & Mesquite.

She married Bobby Joe Sheffield on March 5, 1955 after knowing each other for less than two months…they celebrated their 64th wedding anniversary a few weeks before Joe died on March 17, 2019.

Gayle worked for the popular Dallas radio station, KLIF, for many years, making her extremely popular among her family, children and their friends, for all of the albums and free concerts she was able to get.  She was the mom that all the children loved and often had a houseful to prove it.  She eventually retired from Coopers & Lybrand CPA firm in Dallas and moved to East Texas to retire…she thought.  After all her children and grandchildren moved to Kerrville, they picked up and did the same.  They never missed a TIVY athletic/cheerleading event of their grandchildren.

She was a friend of Bill W., and enjoyed continuous sobriety for 40 years.  Always very active in the recovery community, she helped countless women live lives that were happy, joyous & free.  This was her passion!

She cherished her friendships made from other groups, such as her KFUMC Small Group and The Salt Shakers, her Emmaus Reunion Group, singing at the nursing homes and the many hours she spent with friends at KFUMC Game day!

She loved to sing, dance, play slots, “wet a hook” and take cruises.  She was the life of the party and did not mince words. Believing you should always look your best, she was known for always being dressed beautifully in bright colors and she would never think of leaving the house without being 100% “put together”.

Gayle is survived by her children, Casey (Tammy) Sheffield of Kerrville and Valerie (Ronnie) Miller of Hondo, Texas.  Known lovingly as Mudgie, she will be greatly missed by her five grandchildren, Katie (Tim) Prout of Edmond, OK, Bailey (Camden) Steele of San Antonio, Lacy (Max) Deane of Tulsa, OK, Riley Miller of San Antonio & Kelsey (Austin) Stewart of San Angelo, TX.  She was also crazy about her three great-granddaughters, Audrey (4 yrs.) & Addison (2 yrs.) Prout of Edmond, OK and Everly (16 months) Steele of San Antonio.  A special thanks to Aimee and Dr. James Young at Peterson Hospice and Angela with United Angels.

In lieu of flowers, please consider a donation to the American Cancer Society or Peterson Hospice at 250 Cully Drive, Kerrville, TX  78028.

To order memorial trees or send flowers to the family in memory of Gaylia Sheffield, please visit our flower store.
Send a Sympathy Card