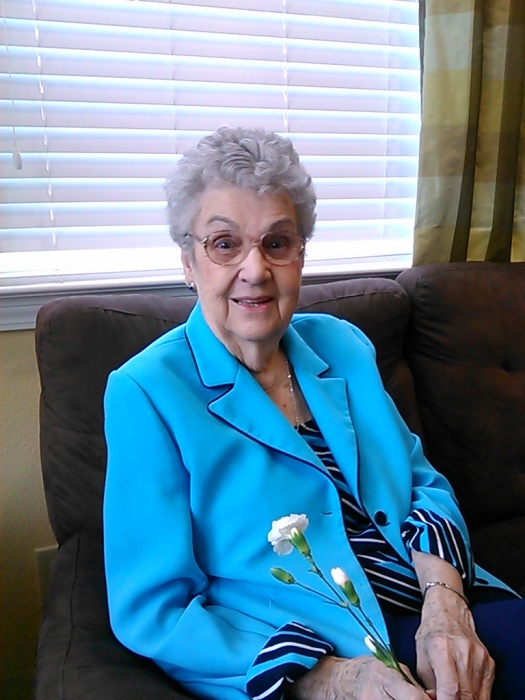 She was born in Tyler, Texas to Rosa Blanche and George Frederick Luttrell. She married Dalton Paul Kinler from New Orleans, LA on August 20, 1947 and they raised three children: Gary Paul, Donald James and Elise Ann. “Jerry” graduated from the St. Paul Nursing School to become a Registered Nurse. In New Orleans, she worked at Charity Hospital, then became the public health nurse for the City Hall of New Orleans. Jerry volunteered her nursing care to assist any time she was needed by family, friends and neighbors, as well as with vaccination drives and post hurricane assistance. Jerry was devoted to her family and was deeply loved by them. She also enjoyed working in her garden and taking care of the birds.

She is preceded in death by her parents, her four siblings and their spouses and by her husband Dalton Paul Kinler.

The family gives special thanks to her loving caregiver Connie Dominguez and to Peterson Hospice for their excellent support and care.

Due to the current risk of social gathering, there will be a private family funeral mass and graveside service at a later date.

To order memorial trees or send flowers to the family in memory of Geraldine Kinler, please visit our flower store.
Send a Sympathy Card