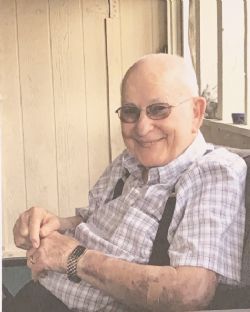 
Glenn Harrell Lindsey, 82, of Kerrville, Texas passed from this life on Wednesday January 1, 2020 in Kerrville.

Glenn was born May 24 1937 to parents, Samuel and Viola (Diver) in Rockdale, Texas. He grew up in east Texas as a share cropper on a cotton farm. He enlisted into the United States Air Force in 1954 and upon being honorably discharged in 1960; he enlisted in the United States Army and retired in 1974 as an Army Staff Sergeant. In 1976, he moved to Kerrville and stared Sparky's Electrical Company. Glenn married Barbara nee Dickneider on December 31, 1998. He retired in 2003 and spent the next few years touring the western United States with Barbara in their trailer. He lived a wonderful life.

He was preceded in death by his parents, brothers, Leon and Cecil; and sons, Michael and Glenn Jr.

A Celebration of Life Service will be at 2 PM on Tuesday January 7, 2020 at Kerrville Bible Church, 898 Harper Road Kerrville, Texas with Pastor Chris McKnight officiating.