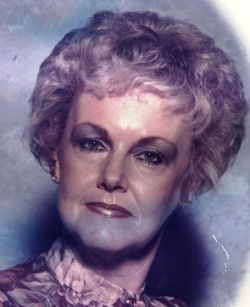 
Gloria Jane Hargrave, 72, of Kerrville, Texas went to be with the Lord on January 18, 2018 at a local care facility. She was born to George Lane and Willie Ruth Clampitt in Muleshoe, Texas on September 22, 1945. She grew up and went to school in Muleshoe, graduating there and then moving with her family to Missouri.
While in Missouri, Gloria went to cosmetology school and graduated, then became a hairdresser. She also met her husband Karl ''Tex'' Benjamin Hargrave during this time and soon after her pride and joy, Robert , was born on September 29, 1963. After the passing of her husband Tex, she moved to Kerrville to be close to her son Robert and in July of 2003 she became a resident of Hilltop Village where she remained until her passing. She was active there and loved to play bingo and dominoes and will be missed by many of the staff and residents.
She is preceded in death by her mother and father, Willie Ruth and George Lane Clampitt as well as two brothers, John Oliver and George Dale Clampitt.
Those left to cherish and honor her memory are her sister, Bobbie Jean Davis; niece, Tyna Gayle Sewell; son, Robert Lane Hargrave; grandchildren, Stephen Cavazos, Jonathan Benjamin Hargrave, Joseph Robert Hargrave, and Angela Renee Hargrave along with many loving friends and neighbors who will miss her smile daily.
A Celebration of Life Service will be held at Hilltop Village Chapel on Thursday, January 25, 2018 from 2 to 3 PM, with Rev. Bill Wood, officiating.
Arrangements are under the direction and personal care of the professionals at Kerrville Funeral Home. (830) 895-5111.