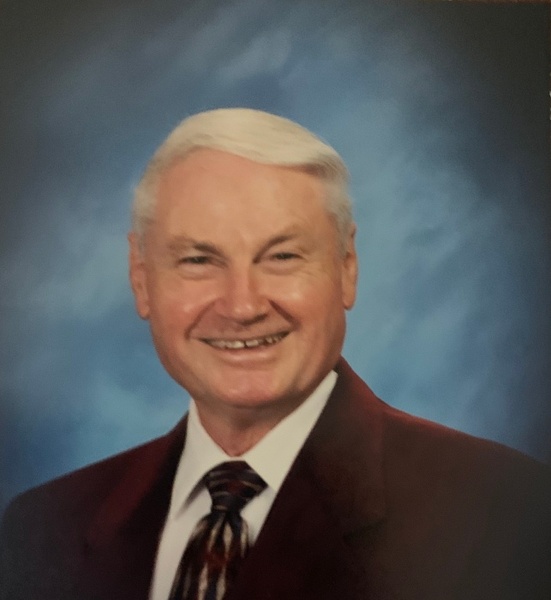 What embodied Gene Lehmann?  A man as unique as his Leap Year birthday, he took the Entrepreneur’s Credo by Thomas Payne in 1776 and adopted it as his own.

Gene desired to do his best and to live an extraordinary life with creativity and innovation.  He supported his goals and visions with an extremely strong work ethic while always being fiercely independent.  He embraced his heritage by taking and acting for himself by enjoying the benefits of his creations and by facing the world boldly saying, “This with, God’s help I have done. “

Or more accurately said and quoting one of his favorite songs, “I Did It My Way.”

Often Gene would say, “No one has a crystal ball. Do the best you can.”, because he knew of life’s ups and downs he knew the value of having a positive outlook.

Often describing himself through his business accomplishments, Gene’s entry into real estate, his most fruitful business, began with his lifelong partner and friend Gordon Monroe.  Lehmann and Monroe became synonymous with the concept of anyone owning land. No longer would land ownership of this beautiful Hill Country be only for those wealthy few. They made land ownership available to just about everyone, enabling a true American dream.

On his way to building a real estate business, Gene first started out in the family business, Lehmann‘s 5 & 10 with his father, Gus Lehmann. Gene grew up in Kerrville with his Mom, Bessie and sisters Miriam and Marijo. From the Five and Dime business he moved to building the Inn of the Hills, the River Inn and the La Bazaar, an outdoor shopping area. While doing all of this, he served on the Texas State Tourism Board, being instrumental in the formation of the Texas State Arts and Crafts Fair and with the bringing of the fair to Kerrville.

Of the many acres of land Gene and Gordon bought and sold, the first was 3,400 acres south of the Guadalupe. Out of this parcel Gene and Gordon gifted land to the city, the hospital and the post office. Gene may not have been born in Kerrville but he was definitely a native son from the perspective of his appreciation and dedication to the community. Following his hero and role model, his father Gus Lehmann, who served as mayor of Kerrville, Gene served his community by serving on the Jaycee’s, being instrumental in building Louis Hayes park in a day, and by serving as school board president, successfully building the high school which was located on Sidney Baker. (Sidenote:  Always the visionary, he believed the site of the old high school would be a perfect location for a new convention center. ) The pay it forward attitude continued with Gene contributing the capital needed to develop his previously donated riverfront property to the city with an entrance, picnic areas and the creation of a river trail on the portion now officially dedicated as the Lehmann-Monroe Park.

Gene believed strongly in education and hardwork. He graduated from Texas A&M in 1949.  His advice to his grandchildren was, “Always get your education and do the right thing like a good Boy Scout would do.”  He worked hard for his family and always put his money where his mouth was and established college funds for all of his 17 great-grandchildren. Gene met his first wife, Frances, who was working at the Lehmann 5 & 10, in 1946.  He always called her his “I Met My Million Dollar Baby in a Five and Ten Cent Store”. (There is a song by that name.)  They had an amazing and full life building community, business, traveling and raising five children; Linda (Ron) Imel, Maribess (Jerry) Miller, David (Wendy) Lehmann, Jeana (Mike) Krause, and Reagan (Renee) Lehmann.  Frances died in 2000.  Gene married lifelong friend Ruth in 2000 and they continued with Gene’s love of travel and maintaining community.  Ruth has four children, Vannette - deceased (Tim) Bollier, Fay (Wayne) Abraham, Kay - deceased (Ralph - deceased) Winters and Paula (Mark) Paddock.

I do not choose to be a common man,

It is my right to be uncommon…if I can,

I do not wish to be a kept citizen,

Humbled and dulled by having the state look after me.

I want to take the calculated risk;

To dream and to build,

To fail and to succeed.

I refuse to barter incentive for a dole;

I prefer the challenges of life

To the guaranteed existence;

The thrill of fulfillment

To the state of calm Utopia.

I will not trade freedom for beneficence

Nor my dignity for a handout.

I will never cower before any master

Nor bend to any threat.

It is my heritage to stand erect,

To think and act for myself,

To enjoy the benefit of my creations

And to face the world boldly and say:

This, with God’s help, I have done.

All this is what it meant

To say he will be missed is such an understatement; he will be greatly grieved as well as kindly remembered.

In lieu of flowers, donations would be gratefully appreciated to the Special Opportunity Center located in Kerrville as a way in which Gene will continue to give to the community he loved.

Visitation will be held at Kerrville Funeral Home on Wednesday, February 10,2021 from 5-7PM.

Graveside services to be held for immediate family only.

A memorial service will be announced at a later date.

To order memorial trees or send flowers to the family in memory of Gussie Lehmann III, please visit our flower store.
Send a Sympathy Card