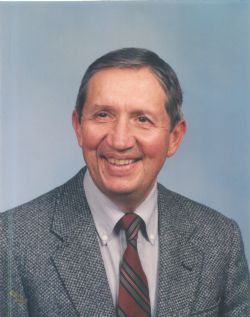 Guy was born on December 22, 1929 in Tahlequah, Oklahoma, home of the Cherokee Indians. He was the son of Guy Howard and Cleone May Lookabaugh. His father was an Olympic wrester in 1924. As a youth, Guy enjoyed his horse, ''Smokey'', and fly fishing with his father on the Illinois river in northeastern Oklahoma.

He graduated from the Georgia Institute of Technology as a Civil Engineer in 1952. He served as an officer in the Civil Engineering Corps of the U.S. Navy from 1952-1955 during the latter part of the Korean conflict, retiring as a First Lieutenant.

He married Olive Claire Duncan in Ross, California on April 2, 1955, a union that lasted 61 years. They shared a love that carried them through all the challenges of life until ''death do us part''.

He was employed by ExxonMobil affiliates for 34 years. He held various positions in oil and gas production based in: several locations in the U.S.; London, England; and Stavanager, Norway. He finished his career as Vice President of Esso Colombiana in Bogata, Colombia.

He and Olive retired to the Hill Country in December, 1988. They enjoyed the rural setting of their home with its great view across the hills for many years. He kept a number of Pervian Paso horses for many of those years and enjoyed raising young horses to maturity. He also enjoyed gardening and caring for the beautiful God-given setting. Guy and Olive dedicated many of their resources to educational and charitable institutions, and Guy served on many church sessions, providing invaluable guidance and leadership. He was most recently a member of Christ Church Presbyterian with a strong faith in his redeemer, Jesus Christ.

He was predeceased by his parents. He is survived by his wife, Olive; sons, Dan and Tom; daughter, Catheryn Lookabaugh; grandchildren, Emily and Max; sister, Ann Lancaster; nieces, Lisa Jordan and Lynn Harvey; and by a greatniece and greatnephews. He is also survived by many others who loved, admired and respected him.

The family request that memorials be sent to the charity of one's choice.

A Memorial Service will be held at 4 PM on Thursday, September 15th at First Presbyterian Church of Kerrville with Pastor John Standridge of Christ Church Presbyerian officiating.