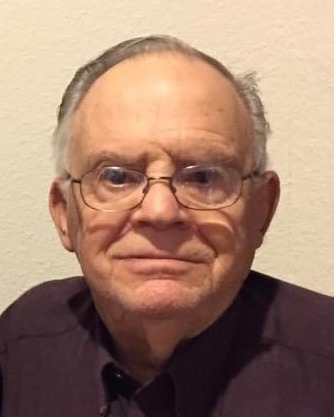 Harlan Wesley Crouse, 96, of Kerrville passed away peacefully on Friday, January 2023 at his residence.

Harlan was born on February 2, 1926, to parents Harry and Maude Crouse at home in Paullina, Iowa.  He graduated from Paullina High School and served with the Calvary in the United States Army during WWII.  He was stationed in Japan and the Philippines as a Sergeant Major for his battalion.  Harlan married Janett Rohlfsen on August 14, 1949.  They farmed 330 acres and owned and operated one of the larger hog confinement operations in the Paullina area.

Harlan retired from farming in 1989.  Harlan and Janett enjoyed travelling in their Holiday Rambler motorhome, starting with a 32 foot unit and working up to a 44 foot unit which was their fulltime home for eight years.  During this time they joined the Holiday Rambler RV Club in 1980 and attended many local, regional and national rallies as well as many caravans and adventures covering all 50 states and into Canada.  During their RV years they volunteered in different areas of the country at Presbyterian retreat centers and discovered Mo-Ranch and the Hill Country of Texas. They volunteered at Mo-Ranch for several months each year from 1991-1996.  They decided to retire from the RVing and bought and moved a home into Rio Robles Park in Kerrville in 198 where they lived until moving to Juniper Independent Living in 2017.

A service of Witness of the Resurrection of Christ will be held on Thursday, January 26, 2023 at 2PM at First Presbyterian Church of Kerrville, 800 Jefferson Street with Pastor Jack Haberer officiating the service.

In lieu of flowers donations may be made to First Presbyterian Church of Kerrville in Harlan’s name.

To order memorial trees or send flowers to the family in memory of Harlan Crouse, please visit our flower store.