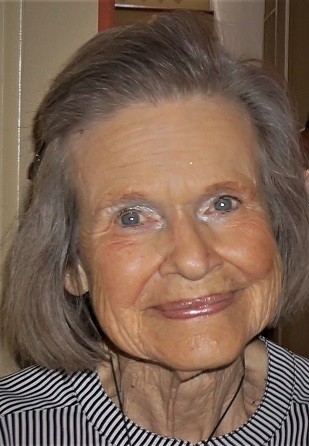 Harriet Ann Pickett passed away surrounded by family in the Kerrville home that she loved. She was born to Lewis Lunn and Harriet Fleming Raymer on August 16, 1932, in Wellsville, NY. After several moves during her childhood, the family was transferred to Houston, Texas, so her father, an engineer, could support the war effort during WWII.

Harriet held education in high regard and would say that education is one thing that cannot be taken away from you. She graduated from Milby High School in Houston and attended Interior Design School until the school closed in Houston. Not wanting to leave her family, she chose to attend the University of Houston where she received her undergraduate degree. She later returned to school (the University of the Incarnate Word in San Antonio) in her 40’s to earn a Master’s in Reading and began a new career as a reading specialist.

Her choice to stay near family during college proved to be serendipitous in that she met Harold Gene Pickett, her future husband, in a summer civics class, at the University of Houston. They married in 1954, while Harold finished his last year of dental school, and they eventually moved to San Antonio. They retired to Kerrville in 2002. Harriet and Harold remained devoted to each other throughout their 66 years of marriage.

Harriet is survived by her husband Harold, six children, seven grandchildren, two great-grandchildren (Ramón and Paisley), her older brother Lewis L. Raymer, Jr., of Ingram, his three children and his many grandchildren. Each of Harriet’s grandchildren (Nicole, Barrett, Megan, Abe, Bryan, Mitchell and Emily) thought she was a very special grandmother.

Harriet always felt family and good parenting were extremely important and instilled this belief in her children. Daughter Abby Dudley (Leonard) marveled at all of the tasks Mom would do every day, like packing school lunches, for six children. Much later, she would plan weddings for her four daughters. Son Hal Pickett (Carolyn) remembers how she would round up a family of eight every night to eat a delicious homemade meal at the dining room table. Son Merritt Pickett, who was adopted as a baby, felt very blessed to be part of this family. Daughter Suzanna Royston (Jonathan) expressed that all of the children knew they were loved.

Harriet had compassion for all, which laid the foundation for her actions. Daughter Amanda Herring remembered one of Mom’s favorite quotes from the Indian’s Prayer: “Grant that I may not criticize my neighbor until I have walked a mile in his/her moccasins.” Harriett was also committed to a substantial volunteer project when she initiated the Reach Out and Read program at the Raphael Community Free Clinic in Kerrville. She and daughter Melanie Pickett continued this program for years, reading to pre-school children and giving them books, so they would learn to love reading. And Harriet always generously donated to several charitable causes, many promoting the welfare of animals.

Harriet was a hard worker, maybe too hard. She took pride in her home and was a fantastic hostess. She cared for both of her aging parents and her mother-in-law at home.

But she wasn’t all about work. Mom and Dad took their children and pets on some exceptional camping trips for weeks at a time—once all the way to British Columbia, and in 1976, to the City of Brotherly Love in commemoration of the Declaration of Independence. And Harriet happily continued her love for decorating throughout her life.

All of Harriet’s children owe a very special gratitude to daughter Melanie for her unwavering support and sacrificial caregiving she has courageously and selflessly provided to both of our parents.

Harriet was very passionate about the things that mattered and was a supreme mother with impeccable integrity and grace. We know that she made the world a better place and that it is for us to carry on her legacy.

Harriet Ann Pickett, devoted wife, mother, Grammy, sister, and most of all, our friend will be missed immensely.

In lieu of flowers, donations to the SPCA or SnipSA or your favorite charity would deeply honor her memory.

To order memorial trees or send flowers to the family in memory of Harriet Pickett, please visit our flower store.