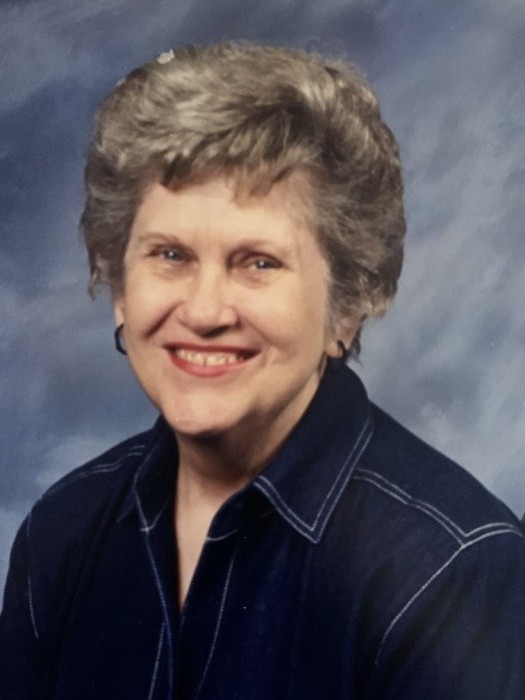 Helen Elizabeth Thompson Buckner, 90, passed away on Tuesday, February 16, at Peterson Regional Medical Center. She had been there only a few hours when she died.

Helen was born to Winifred Elizabeth Harrison and Henry Grady Thompson, Sr. on March 12, 1930, in Sherman, Texas. She was educated in the Sherman Public Schools.

She moved to Kerrville in 1948 with her mother and father and went to work at the Kerrville Bus Company, a job she held until retirement in 1995. She married

John Davis "J. D." Buckner on November 20, 1949. He also worked at the Kerrville Bus Company as Chief Accountant. They were happily married for 58 years until Mr. Buckner died on December 27, 2007. They had no children and loved each other dearly.

Both Helen and J. D. were active in the Hunt United Methodist Church as teachers of young people for many years. They lived on Oakview Drive in Kerrville where they enjoyed feeding the deer that visited their backyard. Helen loved to laugh and made every day memorable. She continued to live alone on Oakview Drive after J. D. died, eventually with the help of daily caregivers. Helen especially liked Sharon Wood, and after living for one year at Villagio of Kerrville, Helen lived with Sharon Wood and her mother, Nancy Sutton, until her death. They called themselves "The Golden Girls" and that name included their female dog Sarah. It was a happy household.

Helen is survived by her niece, Betty Gates of Portland, Maine, and her nephew, Robert Gates of Fredericksburg, Texas, and Betty Gates' three children, Kevin Cardner of

The memorial service will be held on Friday, March 5, at 10:00 a.m. at Hunt United Methodist Church, 120 Merritt Road, Hunt, Texas, with Pastor Paul Harris officiating. Burial will be at the Garden of Memories Cemetery in Kerrville, where Helen's ashes will be buried next to her husband's grave.

In lieu of flowers, the family requests that any memorial donations in Helen Buckner's name be made to the charity of one's choice.

To order memorial trees or send flowers to the family in memory of Helen Buckner, please visit our flower store.