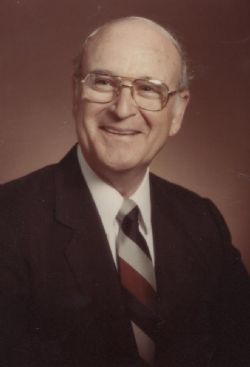 
.Herbert Norman Seigler, 84, of Kerrville, Texas passed from this life on January 21, 2017. He was born in Matador, Texas to Herbert Eldred and Fanny Elizabeth (Ratton) Seigler.

He married the love of his life, Mary Jane Huey in Matador, Texas on January 28, 1954. Herbert spent six years in the United States Army assigned to the Signal Corps, obtaining the rank of 1st Lt. He attended and graduated with a Bachelor's Degree from Texas Tech University, Lubbock, Texas. His career afforded him the opportunity to spend 30 years with the National Supply Company, a division of ARMCO Steel Corporation. Herbert retired as Vice-President of marketing for the United States and Canada. He was a member of various petroleum organizations and Nomads.

Herbert is preceded in death by his parents; Eldred and Fanny Seigler; sisters, Frances Folmar and Linda Smith; and brother, Don Seigler.

In his memory, memorials may be made to Cal Farleys Boys Ranch, DAV, Wounded Warriors, or to the charity of one's choice.

The family invites you to leave a message or memory at www.kerrvillefuneralhometx.com by selecting Obituaries. Select ''Sign Guestbook'' at the bottom of the individual memorial.