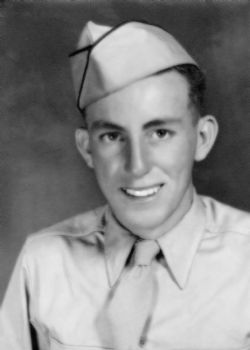 Mr. Rome was born in Vacherie, LA the son of Jean and Elucia Rome. He was 87 years old when he succumbed to a battle with chronic lung disease on February 19, 2016.
Tony met the love his life Beverly five years into his U.S. Army career. He was stationed with the Alaska Communication System and the two were married on June 28, 1952 at the Bethany Presbyterian Church on Queen Anne Hill in Seattle. They lived in the Seattle, Bothell area, until 1955. Tony completed his military career of 25 years in 1970. The couple travelled the United States full time in a 5th Wheeler before choosing their home in historic Ingram, TX. They resided in Ingram, Texas Hill Country for fifteen years until Beverly's battle with Pulmonary Arterial Hypertension ended her life on February 19, 2014. Tony made his final retirement in Kerrville, TX.

By his request, the family will have private services.

The family invites you to leave a message or memory at www.kerrvillefuneralhometx.com. Select obituaries, select ''sign guestbook'' at the top right of the individual memorial.

Arrangements are under the direction and personal care of the professionals at Kerrville Funeral Home.
(830) 895-5111.

To order memorial trees or send flowers to the family in memory of I Rome, please visit our flower store.
Send a Sympathy Card