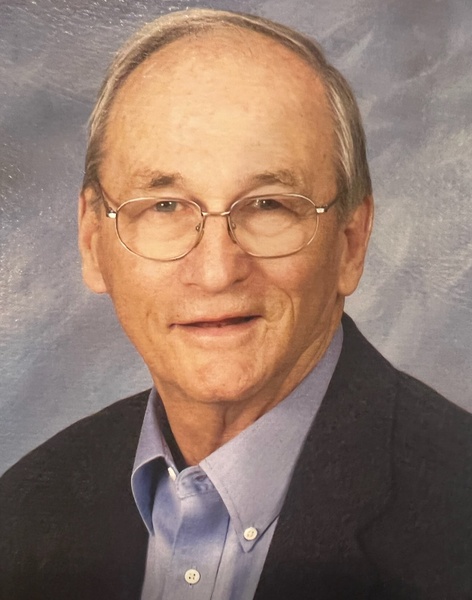 James Fletcher Mooring, 93, passed away on April 8, 2022 in his home at Tierra Linda Ranch with his wife and loved ones by his side. He was born to Robert Fletcher Mooring and Jimmie Wilkinson Mooring on February 6, 1929 in Houston, Texas. James grew up primarily in the Houston Heights and graduated in 1947 from John H. Reagan High School where he ran cross country track.

James joined the U.S. Navy on August 6, 1947. After attending the US Naval Training Center in San Diego, he was stationed at Treasure Island Navy Base in San Francisco where he attended the USN Electronics School and graduated at the top of his class with rank ET2. In January of 1949, he entered the US Submarine Service and was assigned to the USS Sennet SS408 based in Coco Solo, Panama. He served in Panama, Key West and the Caribbean. In August 1950 he was to be discharged but President Truman had extended his time due to the Korean Conflict and he served on the USS Princeton CV37 in Korean Waters until July 1951. Although James' Navy time ended on an aircraft carrier, he always considered himself a submariner.

Back in Houston, James entered the University of Houston to study electrical engineering. His work career began in 1954 with PGAC (Pan Geo Atlas Corporation) as the manager of the Nuclear Engineering Department. In 1967, James founded Smith Air, Inc. with 2 employees in a small portable building at the Houston Hobby Airport. When the Intercontinental Airport in Houston opened in 1969, James moved Smith Air to the cargo area of the airport and was the first to have telephone service. With a background in the oilfield services industry, James used his knowledge to build a successful career and business in this new and dynamic field. James was twice President of the Houston Air Cargo Association, President of the Houston Customhouse Brokers and Freight Forwarders Association and a member of the board for several years. He served twenty years on the board of directors of the National Customs

Brokers and Forwarders Association of America. He testified at hearings before the US Senate in that capacity. In 2013, James was honored by the Houston Customhouse Brokers and Freight Forwarders Association as a Gulf Coast Shipping Pioneer. James' successes are a direct result of his pioneering spirit and unwavering commitment to provide a professional and personalized environment within the industry and it continues today through the next generation, James' daughter Jackie.

As much as James enjoyed his life in Texas, he and Betty Lou made many cherished memories on their travels around the world. His most recent trips were to Washington, D.C. on an Honor Flight for America's Veterans in 2019. James celebrated his 91st birthday in New Orleans with his family in 2020.

Aside from his family, James touched countless lives and was a dear friend to so many. James was a hard worker and provided exemplary effort in everything he pursued. He was purposeful and had a strong foundation based on his values. He believed in doing things the right way, in honesty and integrity. He was intelligent and the type of person who would find the subtle humor in a situation. James was kind and a real gentleman in all the best connotations of the term. If you were a part of James' life, he loved to share his time and stories with you. He enjoyed conversations over a nice meal and was genuinely interested in getting to know the people around him. James never met a stranger. Let us continue to honor his legacy by doing what's right and living life to the fullest.

In lieu of flowers, a memorial donation may be made to the Tierra Linda Volunteer Fire Department, 406 Oak Alley, Kerrville, TX 78028.

To order memorial trees or send flowers to the family in memory of James Fletcher Mooring, please visit our flower store.