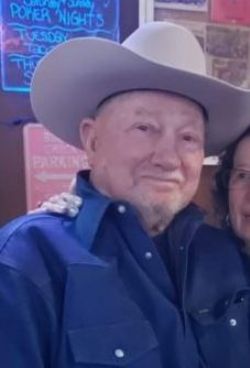 In his younger years, James was a cowboy and bull rider. He left rodeo behind when he joined the United States Air Force in 1960. While stationed in Alaska, he survived the Great Alaskan Earthquake of 1964, in which he was part of the relief and recovery effort. He served in the USAF until 1964.

Jim became a US Border Patrol Agent in 1969. He served with distinction in Texas and Arizona until 1981 when he was selected based on his high merit the coveted position of Special Agent in the prestigious Anti-Smuggling Unit where he made historical landmark investigations which changed the face of the federal rules of law. His name honorably appears in several federal decisions within the US Code of Regulations. He actually created some of the laws our nations federal agents now live by. Because of such ground breaking investigative techniques, which had never so been employed before by any federal investigative agency, Jim was awarded the Department of Justice US INS Commissioner's Award in 1985. This is the highest award the Service can bestow upon one of its Special Agents.

Upon retirement, Jim moved to Texas and settled in Canyon Lake where he enjoyed spending time with family, fishing with his best friend Lee, beer, beer. karaoke and more beer!

He is preceded in death by his parents, John Franklin and Sue Anna Sheeran Rayburn and brother, John B. Rayburn.