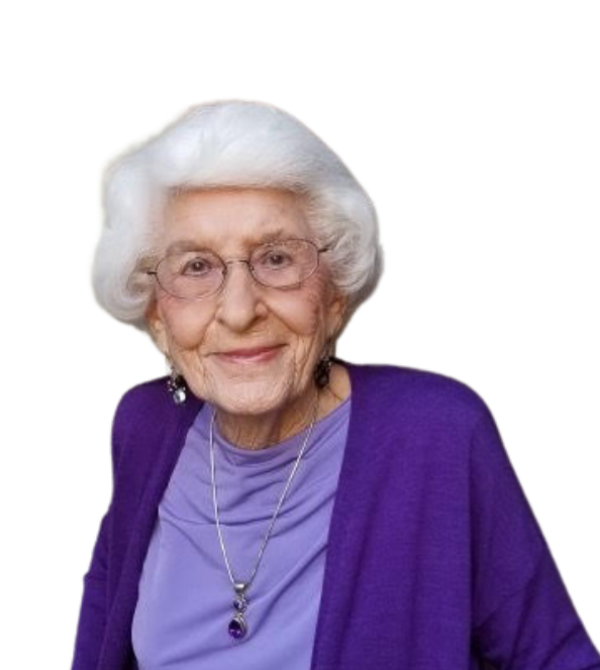 Janice Askew Odom Mitchell passed peacefully into the arms of her Lord and Savior Jesus Christ on Saturday, January 29, 2022, in Kerrville, TX, at the age of 97. She was born in Hertford, NC, on September 22, 1924, to Carlyle Webster Askew and Lola Brite Saunders Askew and grew up on the family farm in Ahoskie, NC, along with her twin sister, Jane, and older brothers Carlyle and Oquinn.

Janice graduated from Ahoskie High School, where she and Jane were majorettes in the marching band, and in 1941 she married her high school sweetheart, James Edward Odom, Jr. The couple had two sons, James Edward III and Douglas Carlyle, before James Jr., a staff sergeant in the Army Air Corps, was killed in a B-24 Liberator crash in the Austrian Alps in December 1944.

In 1946, Janice married James Dunning Mitchell of Aulander, NC, whose career in retail sales and management took them to Raleigh, NC; Dallas, TX; San Francisco, CA; and finally to Scottsdale, AZ, where he would retire from the Nestle Company. Several years after Jim’s death in 2002, Janice moved to Beatitudes, a senior retirement community in Phoenix, where she lived for nine years before relocating to Kerrville, TX, in 2020 to be near family.

The family would like to thank Janice’s many friends at First Southern Baptist Church in Scottsdale for their wonderful friendships that stayed strong even after her move to Texas. Special thanks also to the staff of River Point Assisted Living and Rehabilitation in Kerrville for their devoted care; to Dr. James Young and his team, especially Debbie Foster, at Peterson Hospice for their love and compassion; and for the kindness and comfort of the staff, especially nurses Tambra and Teesha, during Janice’s final days at River Hills Health and Rehabilitation.

Funeral services will be held at 1PM on  Friday, February 4, 2022 at Kerrville Fuenral Home.

Interment will be held at 2:30PM on Wednesday, February 9, in the Ahoskie (NC) City Cemetery, with Garrett-Sykes Funeral Home in charge of arrangements.

Memorial gifts may be made to the Janice Mitchell Memorial Fund through the First Southern Baptist Church of Scottsdale gift portal at fsbcs.org or mailed to the church at 5230 N. Scottsdale Rd., Scottsdale, AZ 85253.

To order memorial trees or send flowers to the family in memory of Janice Mitchell, please visit our flower store.