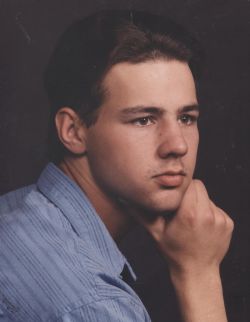 
Jaron Wesley Gilly, 43, passed from this life peacefully at his home on Monday, December 23, 2019, in Kerrville, Texas.

Jaron was born January 25, 1976 in Alpine, Texas, youngest son of father James W. Gilly, Jr. (deceased) and mother Joy Lavonne Morales. He spent his early years in the West Texas towns of Marfa and Midland before relocating to Kerrville in 2005.

Jaron was a kind, loving, and generous man totally committed to his family and friends and several pets. He enjoyed an interest in cars, playing guitars, listening to music, and watching movies. He practiced his faith in God by studying his Bible. He earned a certificate to serve as a Certified Nursing Assistant. During his working years, he worked at various food establishments, most recently in support of the Junction House Outreach Program.

Jaron's friendliness and kindness to all people and his devotion to and love for his family and friends is a tribute to the gentleness of his heart and soul. His soft-spoken manner and presence will be deeply missed by all who had the privilege to have known him. Clearly the world will not be so bright without him.

A time of reflection and a visitation will be held Monday, December 30, 2019 from 5 to 7 PM followed by a funeral service at 11 A.M. Tuesday, December 31, 2019 in the main chapel of Kerrville Funeral Home, 1221 Junction Hwy, Kerrville, Texas with Chaplain Sam Ligon officiating.

In lieu of flowers, the family asks donations to be made in Jaron's name to NAMI, Kerrville, (National Alliance on Mental Illness) P.O. Box 294168, Kerrville, Texas 78029 and please designate the donation to support the Junction House Outreach Program which Jaron loved and supported.

A special note of thanks from the family to Marilyn Ketcherside and all of Jaron's Junction House friends, who he cherished dearly.