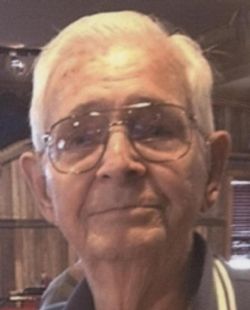 Jay Roy Peckham, Jr. a long time resident of Kerrville, passed away peacefully in his sleep of natural causes at the River Pointe assisted living facility in Kerrville on Wednesday, September 7, 2016. Jay was 88 years old.
Jay Peckham was born on October 4, 1927 the only child of Jay Roy Peckham, Sr. and his wife Gertrude in Port Arthur, Texas.
Growing up in Southeast Texas, Jay graduated from Beaumont High School and attended pre-engineering courses at Sam Houston College in 1944. During World War II, Jay enlisted in the Navy and served at the San Diego Naval base as a corpsman until the end of the war when he was honorably discharged.
Jay returned to school at the University of Texas where he earned his degree in electrical engineering. After graduation he began his career at Gulf States Utilities where he met his first wife Patricia Hutchinson. They had three children together; Michael, Pamela and Richard. Jay's career brought him into the right-of way division at Gulf States and he also worked with area architects drafting electrical systems for schools and businesses. Patricia was diagnosed with Multiple Sclerosis and after many years of struggle, succumbed to the disease. During this time, Jay headed the annual Multiple Sclerosis fund drive as well as the annual United Way fund drive.
In 1970, Jay married his second wife, Patricia Castleberry who brought her 5 children into the family; JoAnne, Clay, Dean, Joyce and Joe. While the children were young, they loved traveling on vacation and visited most of the western United States' national parks.
Jay and Pat dreamed of retiring and living in the Hill Country and in 1984 moved into a beautiful home they built themselves on a hill outside Kerrville. They joined the Turtle Creek Community Church where Jay became Treasurer. They had many wonderful years here in Kerrville. Jay was preceded in death by Patricia in 2014 who passed away from lung cancer. They were married for 44 years.
Jay Peckham is survived by his children and their spouses; Michael and Barbara Peckham, Dwight and Pamela Heiman, Richard and Diane Peckham, Joe and Jaimie Castleberry, Dean Castleberry, Clay Castleberry; numerous grand children and great grand children.
Services will be held at the Turtle Creek Community Church on Saturday, September 17 at 2pm. We'd like to extend special thanks to the staff at River Pointe for all their help and care for Jay as well as the Members of the Turtle Creek Community Church for their support.
Arrangements are under the direction and personal care of the professionals at Kerrville Funeral Home (830)895-5111.